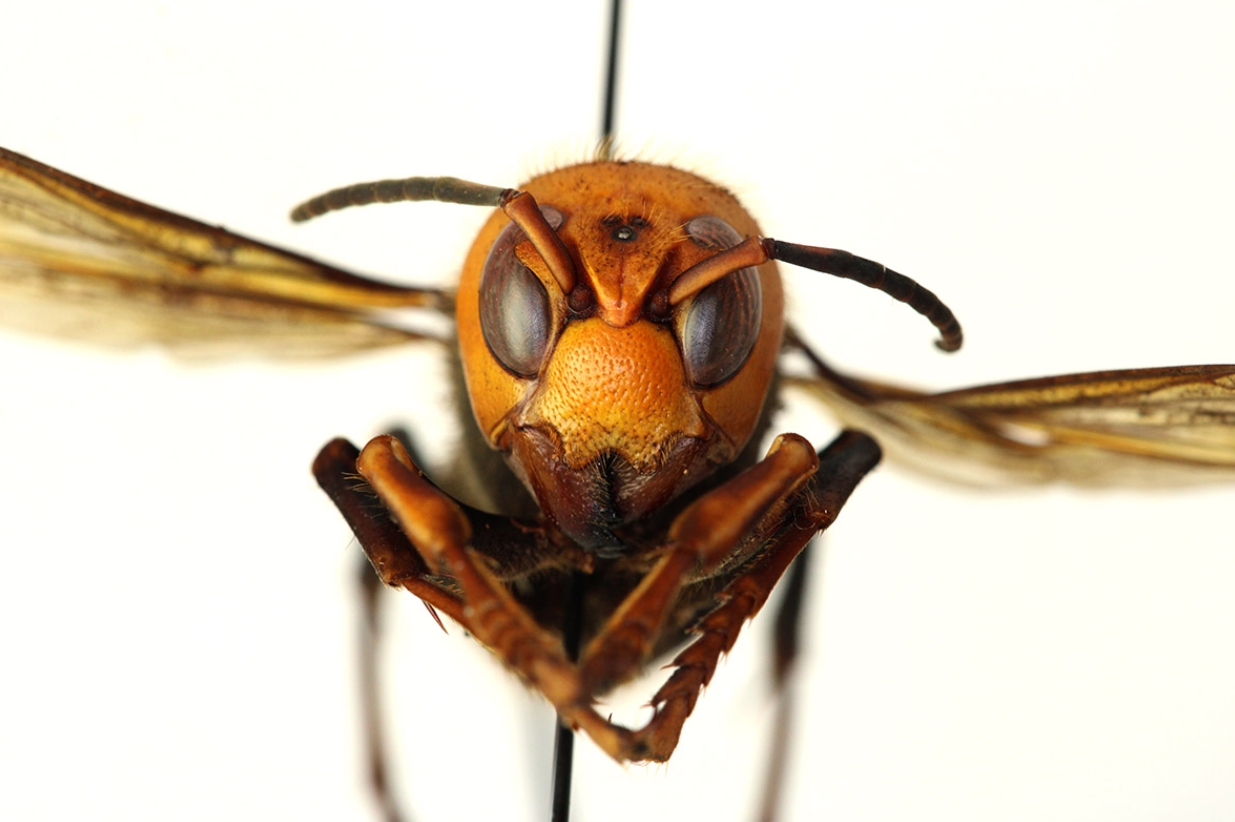 The Asian giant hornet (Vespa mandarinia) dubbed the "murder hornet"-- the world's largest wasp with an appetite for honeybees-- has been spotted in the U.S. for the first time, particularly in Washington state. Entomologists are now on a hunt to wipe out the insect, whose sting could be lethal to humans.

"They're like something out of a monster cartoon with this huge yellow-orange face," said Susan Cobey, a bee breeder at the Washington State University's (WSU) Department of Entomology.

WSU is uncertain as to how or when the hornet first landed in North America, but beekeepers have reported hive deaths in the previous months. Hornets reportedly rip off the heads of bees-- an alarming sight in a country where the population of bees is seeing a sharp decline.

The hornets decapitate honeybees, feeding the bodies to their young. These insects can destroy a hive in just a matter of hours.

The hornet's life cycle starts in April-- when queens emerge from hibernation, they will begin to feed and look for subterranean dens to create their nests. Once the habitats are built in the summer and autumn months, worker hornets will seek out food.

"Hornets are most destructive in the late summer and early fall when they are on the hunt for sources of protein to raise next year's queens," said Seth Truscott with WSU's college of agricultural, human, and natural resource sciences.

At about 5 cm (2 inches) long, hornets can kill humans if stung multiple times. "Their stings are big and painful, with a potent neurotoxin. Multiple stings can kill humans, even if they are not allergic," Truscott added.

WSU scientists will start trapping queen murder hornets this spring, hoping to wipe out the species. State officials have also launched an app for hornet sightings.

"The most likely time to catch Asian giant hornets is from July through October -- when colonies are established and workers are out foraging," the WSU Department of Agriculture stated. "Traps can be hung as early as April if attempting to trap queens, but since there are significantly fewer queens than workers, catching a queen isn't very likely."