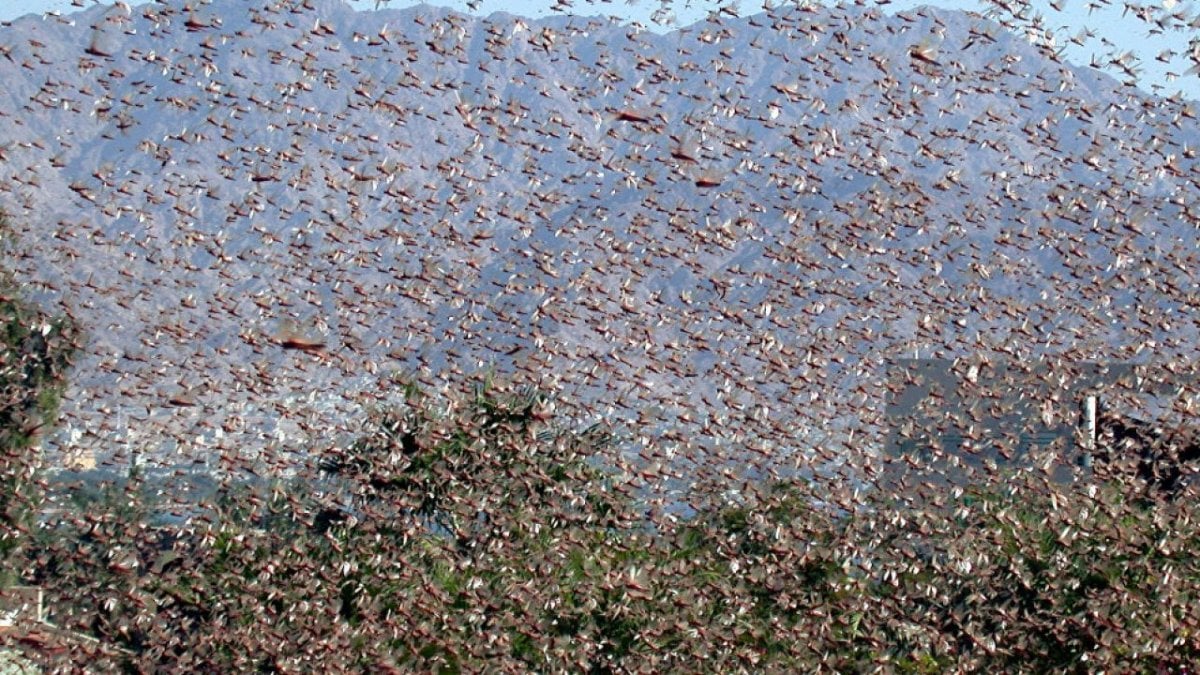 Millions of locusts have caused devastation after descending on Sardinia.

Several mayors in the region declared a state of natural disaster and called for immediate action.

In a situation reminiscent of a biblical plague, voracious locusts have stripped large areas of the island’s agricultural regions of crops, in what the World Bank has already been branded the most serious such invasion the world has faced in 70 years.

The epicentre is formed by the municipalities of Orani, Ottana and Bolotana in the Tirso valley, with insects having arrived from the Middle East and Africa, where 23 countries have experienced similar problems.

Farmers have limited options when it comes to mitigating the damage caused by the vast numbers of locusts, other than burning fields to destroy the pests.

Franco Saba, Mayor of Ottana, said: “Current damages must be compensated and preventive action has taken place to prevent the phenomenon from happening again in the next few years.“

With the situation still unfolding, the cost of the damage is still unknown – but Mr Saba suggested it would run into millions of euros.

Speaking towards the end of last month, one farmer based in Bolotana in the centre of Sardinia said: “When the locusts arrived in mid-May, my cabbages were small, it wasn’t harvest time yet, they were all still in the field. Then the swarm came through, started to devour all the leaves, leaving only the stem.

“Instead of abandoning the crop to them, I preferred to pick it in advance and donate it to a charity for people in need.“

Ignazio Floris, an entomologist at the University of Sassari, said depopulation, climate trends and rising temperatures were all factors.

He explained: “In recent years we have seen bizarre and particularly dry weather conditions in Sardinia in spring and summer and this is certainly one of the predisposing factors that has favored this phenomenon.“

Mr Floris added: “This year the invaded areas have been mapped – a good prerequisite for intervention in due course for the next year.“

Ultimately, the prevalence of locusts may be linked to the pandemic.

Speaking in April, the United Nations’ Food and Agriculture Organization (FAO) said coronavirus-linked flight restrictions were hampering efforts to wipe out locust swarms on the verge of devastating crops in eastern Africa, which, partly as a result, have spread to Europe.

Cyril Ferrand, FAO’s head of resilience for Eastern Africa, said: “If we fail in the current control operations, because of lack of pesticides, then we could see four million more people struggle to feed their families.

He warned: “They are very active, very voracious, and very mobile.