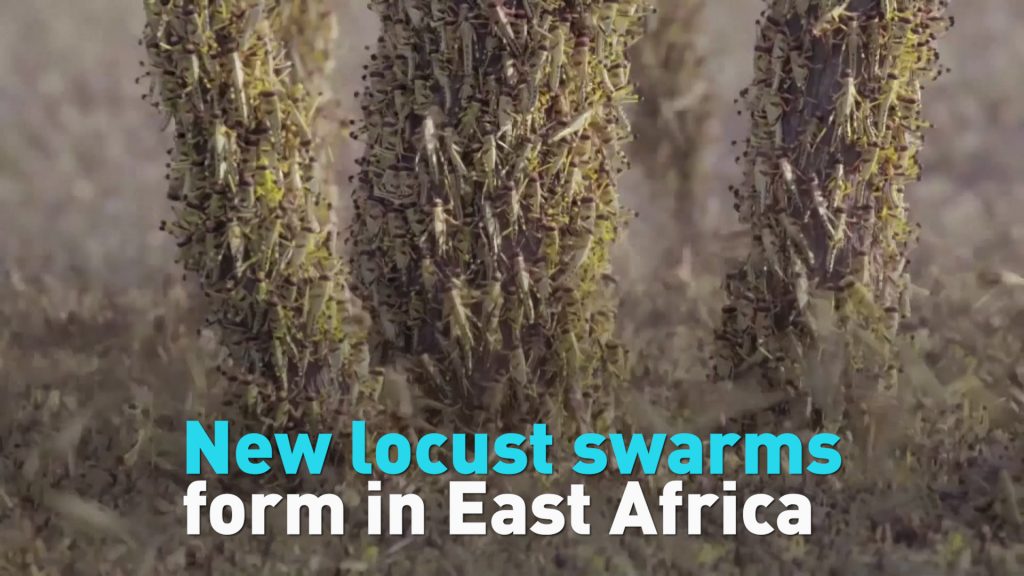 New biblical swarms of desert locusts are forming in the Horn of Africa, threatening agricultural livelihoods and the food security of millions of people.

These swarms are devastating crops 🌾 across the country, eroding families’ food security.

But thanks to @eu_echo 🇪🇺, @WFP is able to support the most vulnerable families with cash. pic.twitter.com/FYKf29AXQS

FAO recently said in an alarming news release: “New locust swarms are already forming and threatening to re-invade northern Kenya and breeding is also underway on both sides of the Red Sea, posing a new threat to Eritrea, Saudi Arabia, the Sudan, and Yemen.“

Somalia struggles swarms of desert locusts attack in rangeland and farm area, this picture demonstrates the effect of the desert locust in agricultural fields in Puntlnad Somalia.

This year had already seen the worst East Africa invasion in 60+ years.

Although better prepared, there are fears that communities might be overwhelmed if the swarms are really big.

So, why are there so many locusts?

Locust infestations increased over the past month in Ethiopia and Somalia as a result of extensive breeding, favourable weather and rainfall, with populations predicted to increase further in the coming months.

The result of desert locust in Somalia. pic.twitter.com/jUlLHNlwdq

Cyclone Gati brought two years of rainfall within two days and what could have been a hostile terrain for the locusts turned into a favourable breeding ground.

Increased surveillance in several affected regional areas have helped keep locusts away. But in regions (southern Somalia) or countries (Yemen) in conflict, there is no time to take rid of locusts.

The FAO has warned that more than 35 million people are already acutely food insecure in the five most-impacted countries.

It says that number could increase by another 3.5 million if nothing is done to control the latest outbreak.