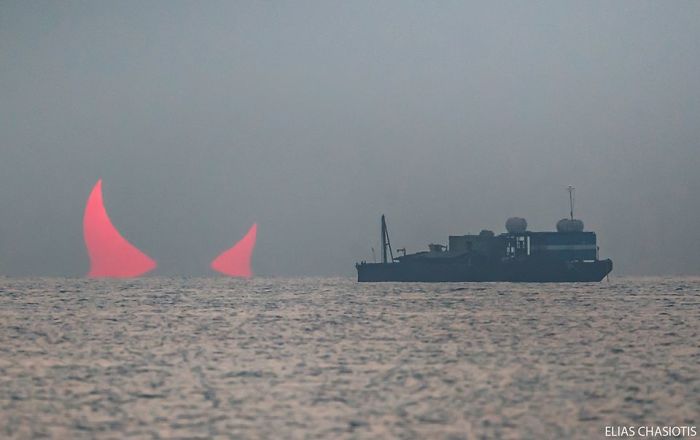 As the Sun began rising above the horizon, the ‘ring of fire’ eclipse looked like a devil rising from the waters.

Amateur astrophotographer Elias Chasiotis captured these photographs in the coastal city of Al Wakrah, Qatar, on the morning of December 26, 2019, during the Boxing Day annular eclipse of the sun. 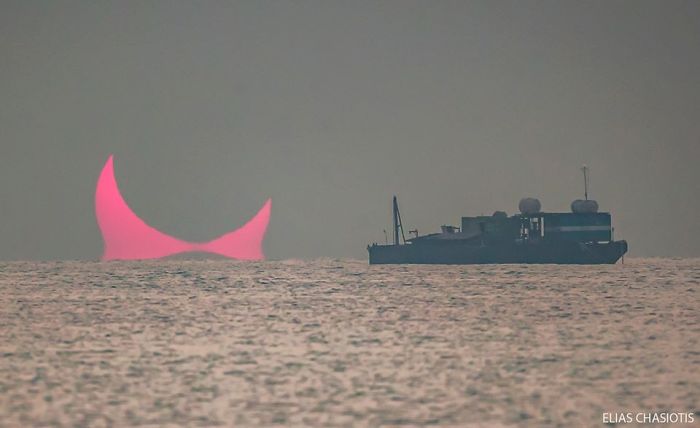 When the sun finally began to rise, it looked like two separate pieces, some sort of red horns piercing the sea.

Then it took the form of a crescent, with the so-called ‘Etruscan vase’ inferior mirage effect visible. 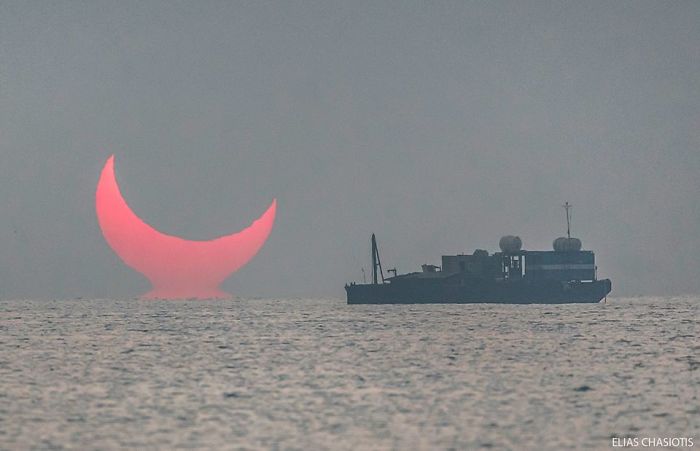 Due to its shape, the phenomenon was nicknamed the ‘evil sunrise.’ 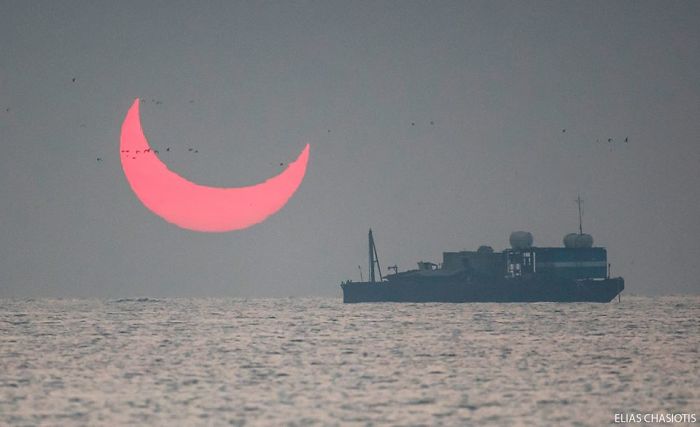 Although being an amazing sunrise, Chasiotis missed the annular phase of the eclipse, the so-called “ring of fire” due to cloudy weather conditions. 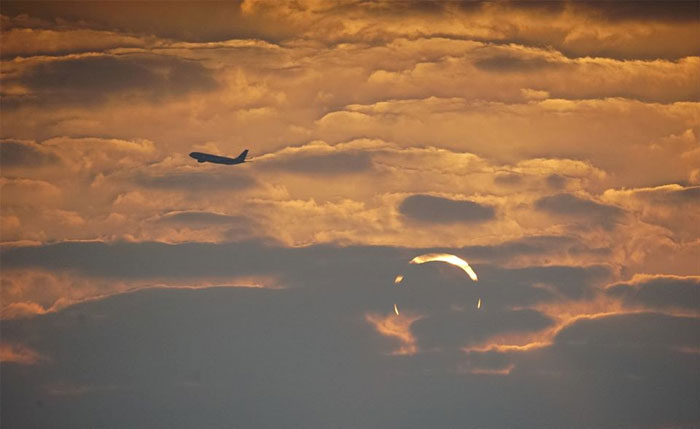