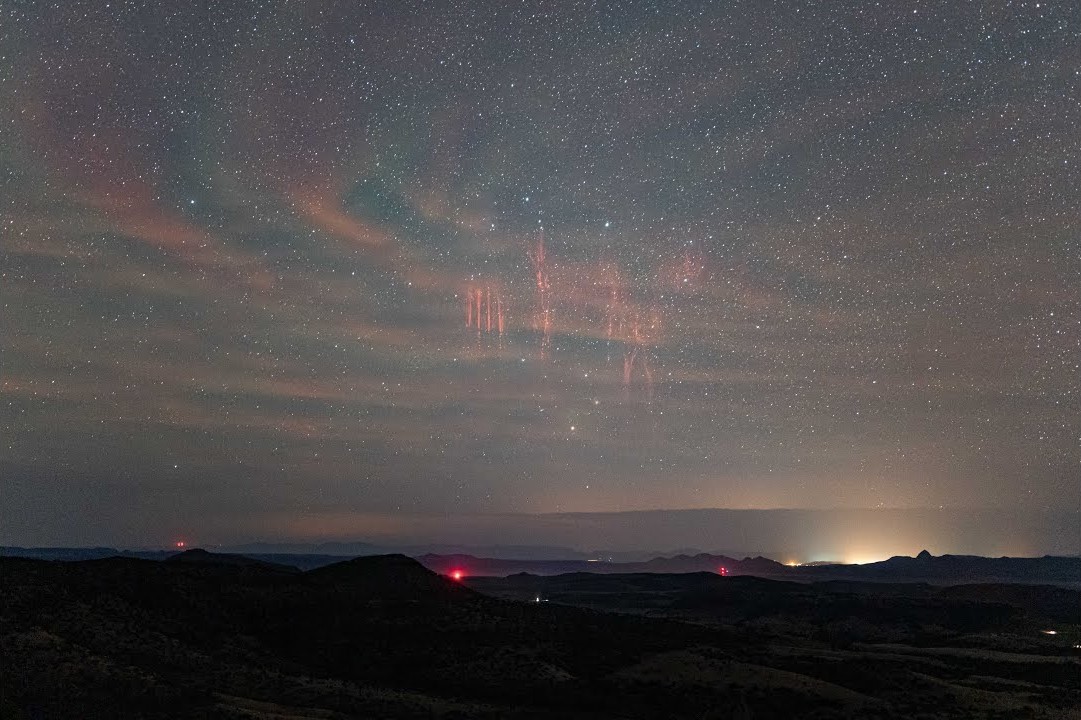 A large column of red sprites and airglow put on a fantastic display over West Texas on May 13, 2020. The phenomenon was captured by Stephen Hummel of the McDonald Observatory.

A line of storms more than 161 km (100 miles) away generated the astonishing display in the upper atmosphere over Alpine city.

"I saw a large column of sprites leaping into the sky and rushed to set up my camera," said Hummel. He was walking across the University of Texas observatory grounds hours after the sunset when a flash of lightning from a distant thunderstorm caught his eye.

The 45-minute timelapse shows alternating bands of red and green airglow, gliding in a motion similar to ripples in water. Red bolts of upward-directed lightning or sprites flashed brightly at the same time.

"I could see them with my unaided eye," Hummel added. "It was a fantastic display."

"I had just hiked to the top of a ridge for a better view, and was a little out of breath as I set up my camera," he further explained.

"Just then I heard the eerie sound of a mountain lion's call. I left the camera running while I returned to the safety indoors! Later, I gathered the footage, hoping for the best. I was amazed by the results and surprised the airglow was so evident." 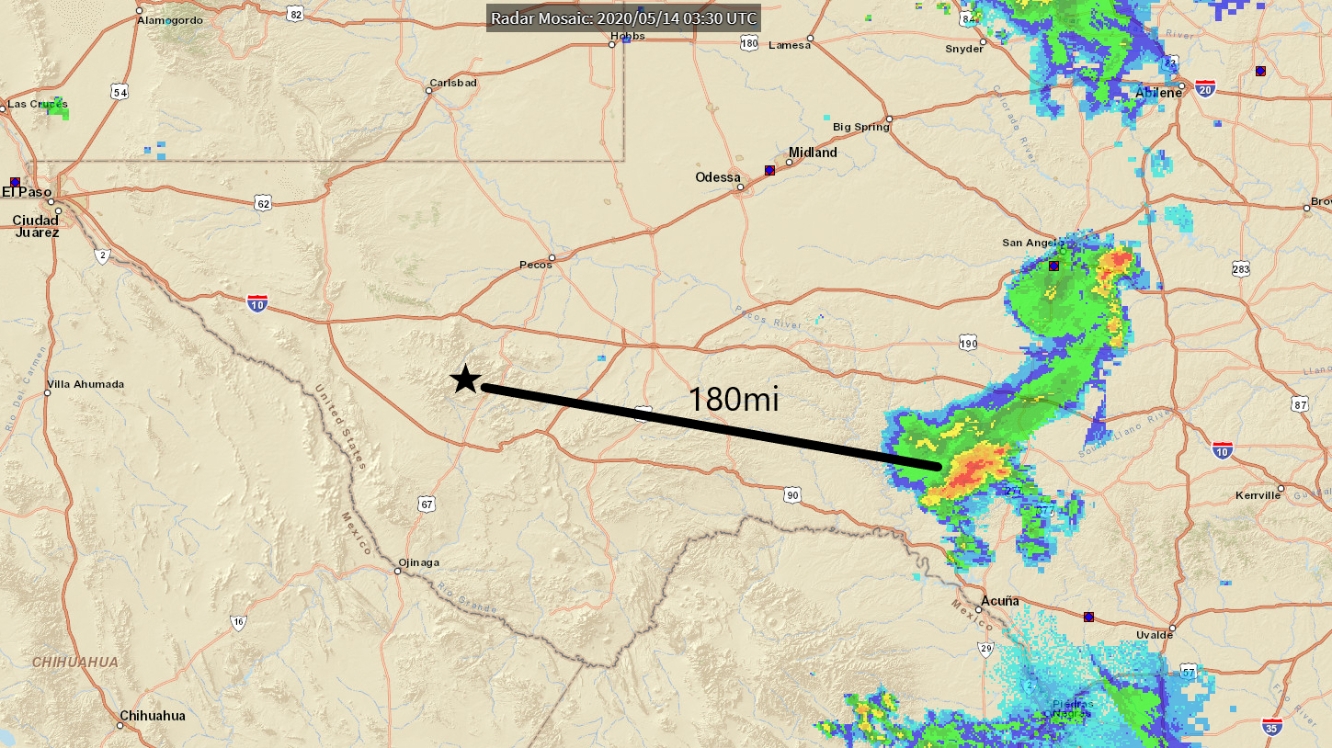 The thunderstorm was convective with powerful updrafts. It slammed the upper atmosphere from below, generating a spot-on pattern of pressure waves in the mesosphere more than 80 km (50 miles) above the ground.

The pattern impressed itself upon the airglow layer close to the edge of space, creating aurora-like colors that are often too faint to be observed.

According to SpaceWeather.com, more sprites and atmospheric bullseyes are in the offing, especially now that northern spring is thunderstorm season-- the best time to catch such events