Is Planet 9 Out There? 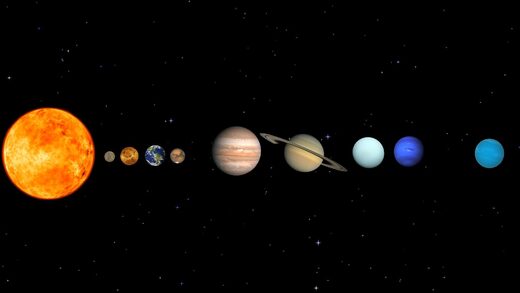 For the past few years, the possibility of a new (and big!) planet hanging around in the outermost regions of the solar system has tantalized scientists and the public alike. But after years of searching, astronomers have found zero new planets in that realm.

Is "Planet Nine" really out there, or not?

We've only been studying the region of the solar system past the orbit of Neptune for a few decades now, and after a moment of introspection it's easy to see why: astronomy out here is kind of challenging, because the objects we're trying to hunt down are a) very, very small and b) very, very far away. That makes them hard to spot. 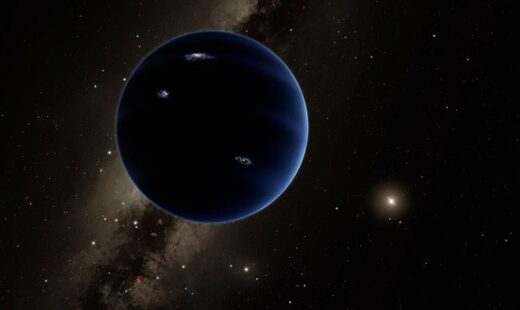 Besides Pluto, discovered by basically blind luck in 1930, our understanding of the outer solar system was completely absent until 1992, when astronomers found their first Kuiper Belt object, a frozen little remnant from the formation of the solar system, lazily circling the sun in near perfect darkness beyond Neptune.

Since then, we've found thousands more such objects, categorizing and subcategorizing them as we go (as astronomers are wont to do). For the rest of our story, we'll be focusing on a class of characters known as extreme trans-neptunian objects, or eTNOs. If you've never heard that jargon term before, don't be scared: it's astronomese for "really, really far past the orbit of Neptune."

In 2003, astronomers discovered perhaps the strangest eTNO yet, Sedna. Sedna is big, about half the size of Pluto, but sits in a truly ridiculous orbit. Over the course of 11,000 years (twice that of all of recorded human history), Sedna swings from 76 astronomical units (AU; one AU is the distance between the sun and Earth) to over 900 AU, then back again.

The case for nine

The orbit of Sedna is so weird that it demands explanation. How can such a massive almost-planet reach such a huge, detached orbit without getting completely ejected from the solar system altogether?

Perhaps there's something else out there, keeping Sedna on a leash.

More recently, a couple teams of astronomers began to notice some other funky eTNOs. Namely, a group of half a dozen objects with similar orbits — they had roughly the same amount of ellipticity, and those ellipses were clustered together.

Imagine picking up a random flower from a field and looking at the petals. You'd normally expect the petals to be distributed evenly around the flower, but if you saw them all clustered together you might think something suspicious was going on.

And the same goes for these strange eTNOs: there was no reason to expect these kinds of orbits by random chance. The best explanation, the astronomers claimed, was that a new planet, Planet Nine (until we come up with a better name), was shaping and shepherding them in their orbits.

It's not a bad argument. The inability to explain the orbit of Uranus led to the detection of Neptune, so there is some historical antecedent to the strategy. And since then, more eTNOs have been found in the same strange, clustered orbits.

But in the years since the claim of a ninth planet made headlines, astronomers haven't snagged a picture of it. Which isn't too worrisome, at least not yet: if Planet Nine exists, it is very small (relatively) and very far away, making it hard to spot.

And in that same time, other astronomers have weighed in, arguing that the special eTNOs aren't so special after all. It could be that because of the way our surveys are designed and conducted, we're simply more likely to spot eTNOs with these funky orbits, and not any of their friends with more normal orbits. In other words, these eTNOs aren't shepherded by some mysterious entity in the outer solar system. There's simply nothing to explain — they only look different because we haven't finished looking yet.

What's more, it's hard to square the existence of a ninth planet with the formation of the solar system as we currently understand it. Astronomers can, of course, work to fold in a ninth planet (say, by arguing that it's an ejected failed core of a planet or a captured rogue exoplanet), but the more complicated the scenario gets, the harder it is to swallow.

Without a smoking-gun picture of the planet, the astronomical community isn't going to be fully swayed by the wayward motion of a handful of iceballs in the outer solar system. So for now the search for a new planet continues.