A new study published in Nature Communications shows that previous changes in the direction of Earth's magnetic field reached rates that are up to 10 times larger than the fastest currently reported variations of up to one degree per year. The authors combined computer simulations of the field generation process with a recently published reconstruction of time variations in Earth's magnetic field spanning the last 100 000 years.

Study authors, Dr. Chris Davies from the University of Leeds - School of Earth and Environment and Catherine Constable from the Scripps Institution of Oceanography, UC San Diego, in California, demonstrate that these rapid changes are associated with local weakening of the magnetic field.

This means these changes have generally occurred around times when the field has reversed polarity or during geomagnetic excursions when the dipole axis -- corresponding to field lines that emerge from one magnetic pole and converge at the other -- moves far from the locations of the North and South geographic poles.

The clearest example of this in their study is a sharp change in the geomagnetic field direction of roughly 2.5 degrees per year 39 000 years ago. This shift was associated with locally weak field strength, in a confined spatial region just off the west coast of Central America, and followed the global Laschamp excursion - a short reversal of the Earth's magnetic field roughly 41 000 years ago.

Similar events are identified in computer simulations of the field which can reveal many more details of their physical origin than the limited paleomagnetic reconstruction. 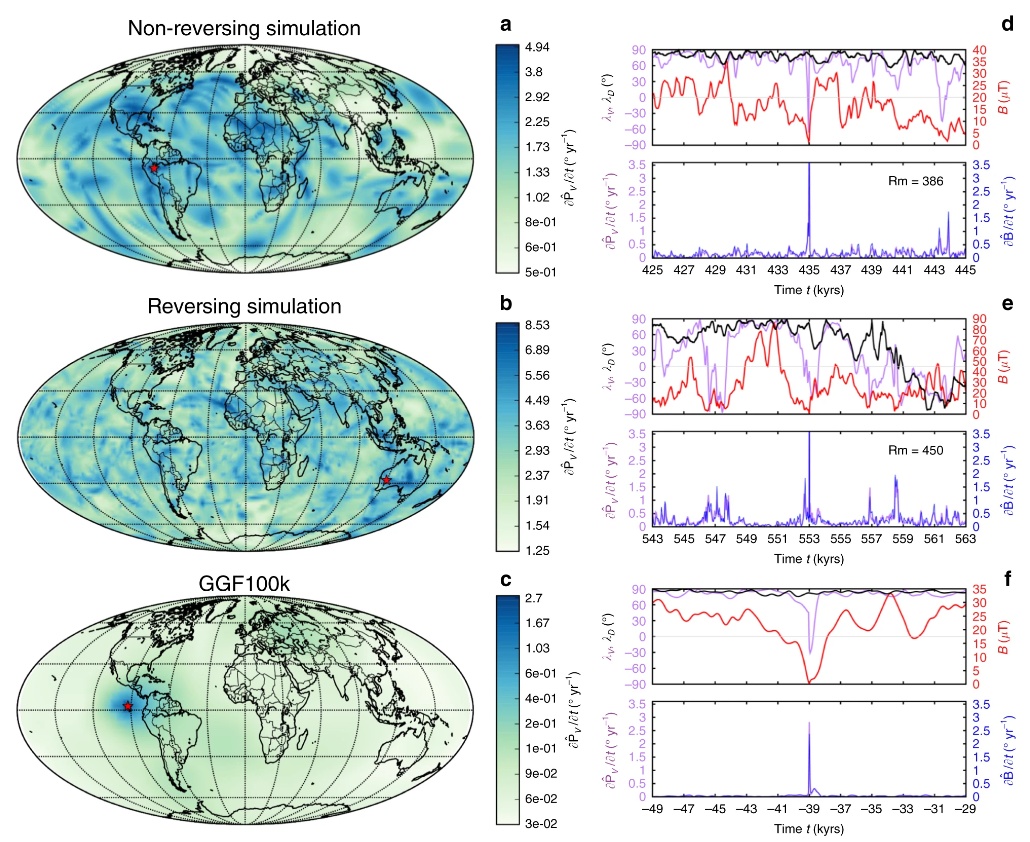 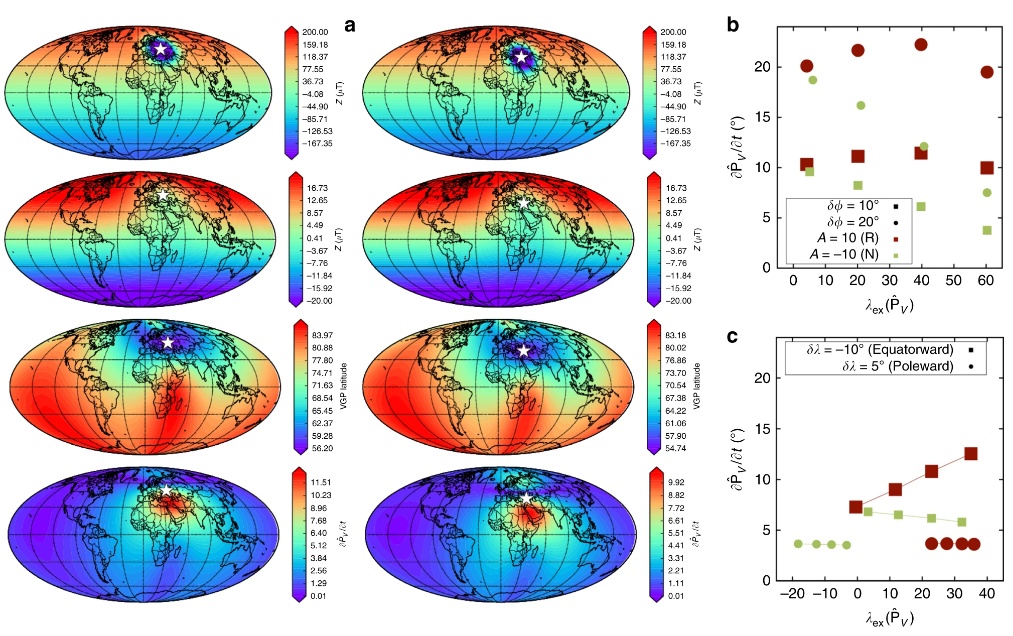 This detailed analysis indicates that the fastest directional changes are associated with the movement of reversed flux patches across the surface of the liquid core. These patches are more prevalent at lower latitudes, suggesting that future searches for rapid changes in direction should focus on these areas.

"We have very incomplete knowledge of our magnetic field prior to 400 years ago. Since these rapid changes represent some of the more extreme behavior of the liquid core they could give important information about the behavior of Earth's deep interior," Dr. Davies said. 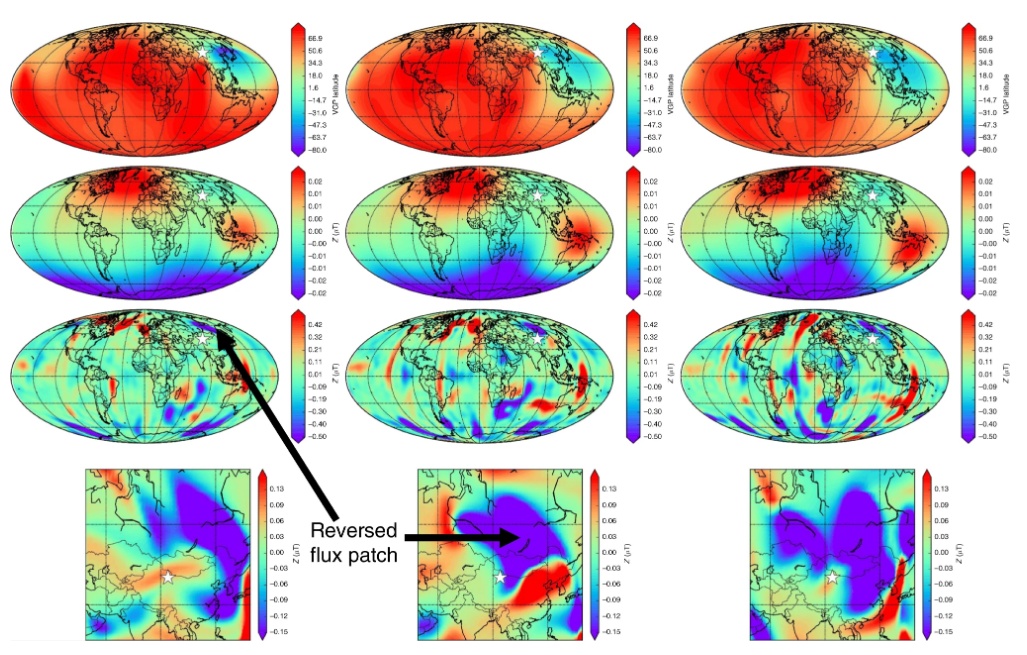 "Understanding whether computer simulations of the magnetic field accurately reflect the physical behavior of the geomagnetic field as inferred from geological records can be very challenging," Professor Constable said.

"But in this case, we have been able to show excellent agreement in both the rates of change and general location of the most extreme events across a range of computer simulations."

"Further study of the evolving dynamics in these simulations offers a useful strategy for documenting how such rapid changes occur and whether they are also found during times of stable magnetic polarity like what we are experiencing today."

Extreme variations in the direction of Earth’s magnetic field contain important information regarding the operation of the geodynamo. Paleomagnetic studies have reported rapid directional changes reaching 1° yr−1, although the observations are controversial and their relation to physical processes in Earth’s core unknown. Here we show excellent agreement between amplitudes and latitude ranges of extreme directional changes in a suite of geodynamo simulations and a recent observational field model spanning the past 100 kyrs. Remarkably, maximum rates of directional change reach  ~10° yr−1, typically during times of decreasing field strength, almost 100 times faster than current changes. Detailed analysis of the simulations and a simple analogue model indicate that extreme directional changes are associated with movement of reversed flux across the core surface. Our results demonstrate that such rapid variations are compatible with the physics of the dynamo process and suggest that future searches for rapid directional changes should focus on low latitudes.