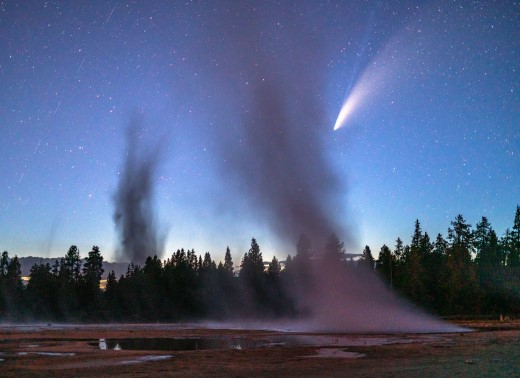 Tonight could be your best chance to see Comet NEOWISE (C/2020 F3) for the next 6,800 years. On July 23rd, the comet makes its closest approach to Earth--only 0.63 AU (103 million km) away. It's visible to the naked eye from dark sky sites, and an easy target for digital cameras. Here's where to look just below the Big Dipper: 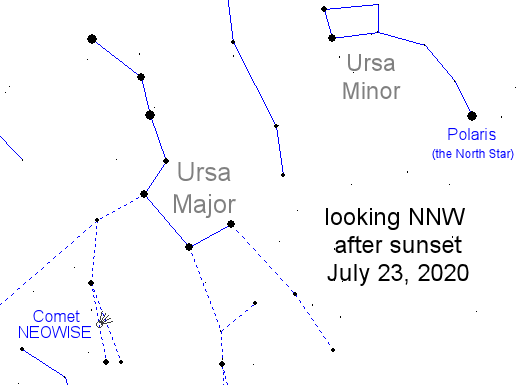 Urban sky watchers with light pollution might have trouble seeing the comet. If you're one of them, try using binoculars. Even a little magnification brings NEOWISE into view. 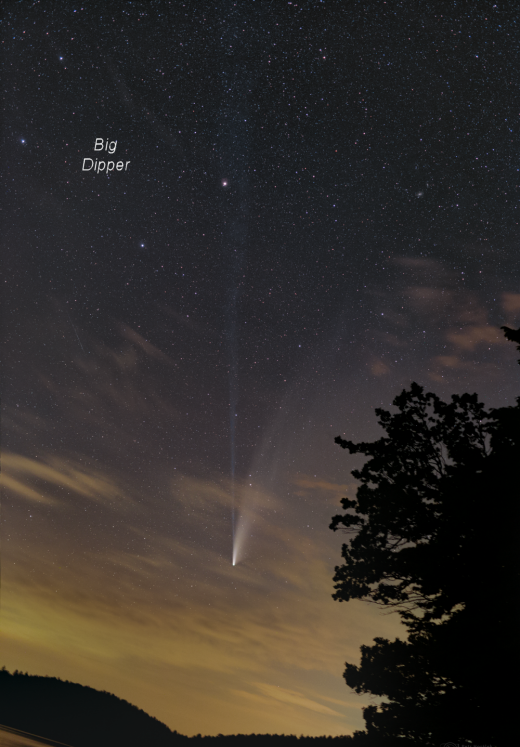 "I still cannot believe my eyes," says Horálek. "The comet's ion tail is truly long, extending more than 20 degrees into the bowl of the Big Dipper and beyond. When comet gets closest to Earth, the tail should be longest. Now I only hope for clear skies on July 23rd!"