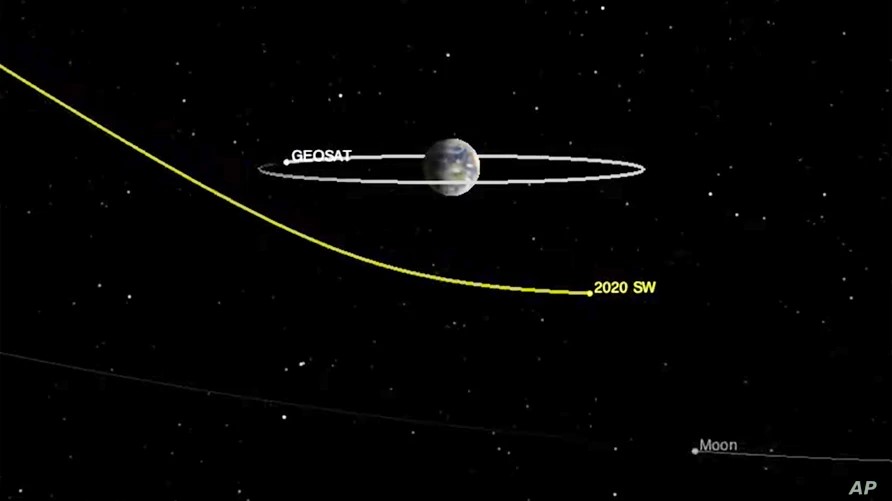 2020 SW was discovered on September 18, 2020, by astronomers using the NASA-funded Catalina Sky Survey in Arizona.

Based on its brightness, the asteroid was estimated to be between 5 and 10 m (15-30 feet) in diameter.

While the proximity to Earth might raise alarm, scientists at NASA's Jet Propulsion Laboratory (JPL) in Southern California said even if the asteroid had entered the earth’s atmosphere, it almost certainly would have broken up and become a bright meteor.

After passing the Earth, the asteroid will continue its journey around the Sun, not returning to Earth's vicinity until 2041, when NASA says it will make a much more distant flyby.

The space agency says they believe there are over 100 million small asteroids like 2020 SW, but they are hard to discover unless they get very close to Earth.