Biggest and Fastest Asteroid of 2021 is Coming our Way 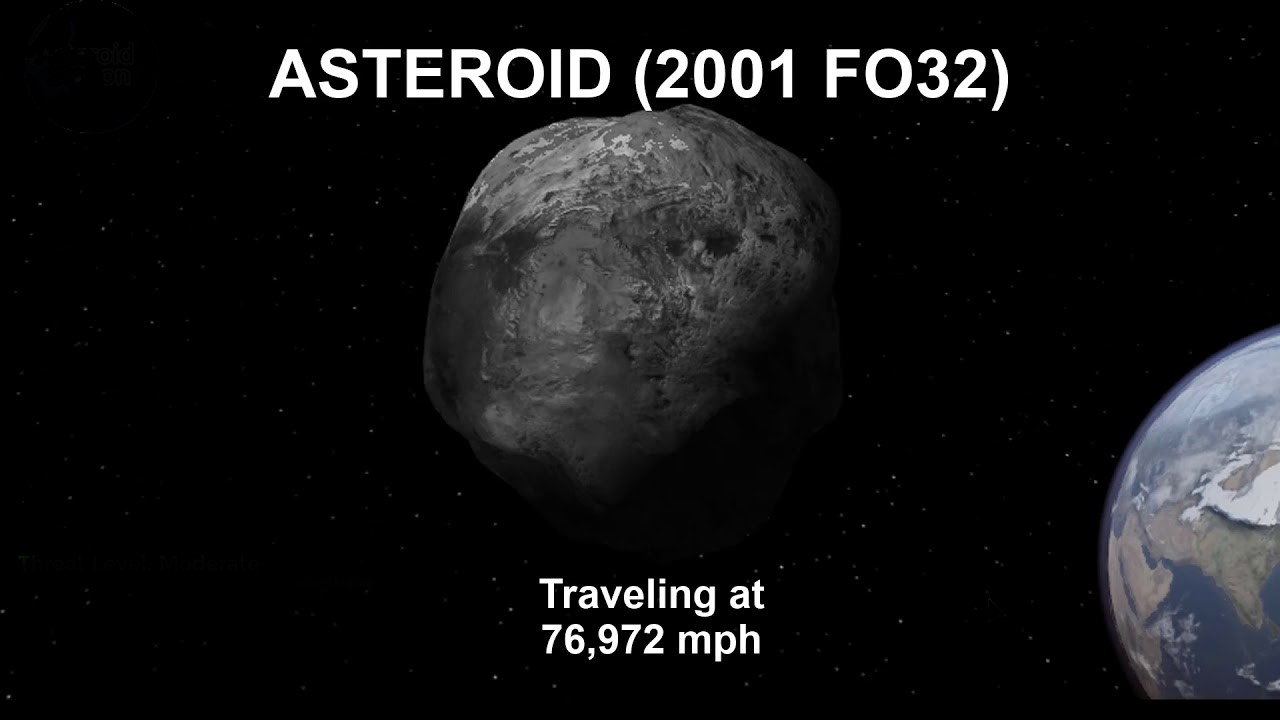 A massive asteroid is making a flyby of Earth on March 21.

We’ve known about this kilometre-wide space rock for nearly 20 years, and its upcoming encounter the largest and fastest flyby for any known asteroid in all of 2021.

According to NASA’s Center for Near-Earth Object Studies (CNEOS), nearly one hundred known asteroids are set to fly past Earth before the end of 2021. Among these, one in particular — named (231937) 2001 FO32 — stands out from the rest in two ways.

At an estimated 1.1 kilometres wide, it is the largest known asteroid to fly past us this year. It could even be up to 1.7 km wide, based on astronomical records from over the past two decades. So, that means it’s roughly twice the size of the CN Tower, but possibly even larger. Of the approximately 25,000 near-Earth asteroids that we know about, only around three and a half per cent of them are larger than one kilometre. This puts (231937) 2001 FO32 into a fairly rare class. 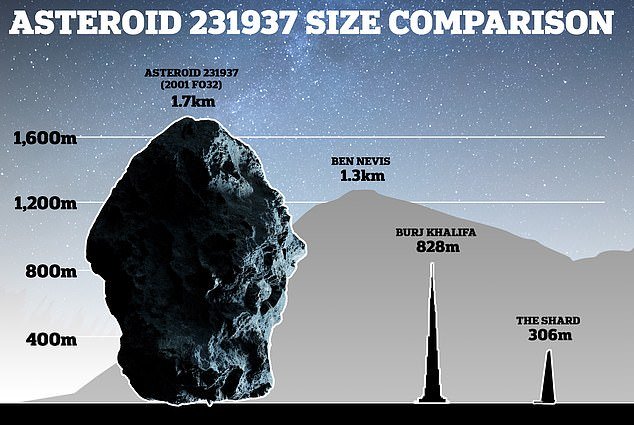 Discovered on March 23, 2001, (231937) 2001 FO32 is classified as an Apollo asteroid. Orbiting the Sun every 810 days or so, it travels from inside Mercury’s orbit to the asteroid belt and back. This path means that it crosses Earth’s orbit. When it does, though, sometimes we are on the other side of the Sun, while other times we are closer.

Regardless of its size and speed, (231937) 2001 FO32 poses no threat to Earth. When the asteroid passes by on the 21st, its closest approach is more than 2 million kilometres away. That’s over 5 times farther away than the distance the Moon orbits around the Earth.

Over the past 20 years, astronomers have observed this asteroid on numerous occasions. They know its orbit so well that the uncertainty in its 2-million-km closest approach is only 330 kilometres — a tiny fraction of the total. To get a sense of just how tiny that is… if Earth was the size of a basketball, the asteroid would be a small grain of sand, 60 microns across and farther away than a football field (~120 meters). At that same scale, the uncertainty in the asteroid’s orbit would be the width of a human hair!

Given that Earth has circled the Sun roughly four-and-a-half billion times, it has had plenty of time to sweep up dangerous asteroids. Thus, according to NASA, there are no known asteroid threats for at least the next 100 years. 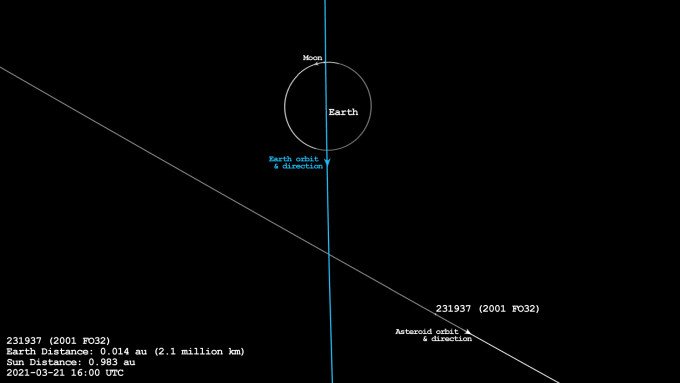 The International Astronomical Union’s Minor Planet Center reports that, since the start of 2021, over 500 newly discovered near-Earth asteroids have been spotted. While some of these new discoveries are larger than 100 metres wide, these are detected far beyond the Moon. The closest are typically around 10 m wide or smaller.

While they can get very close, and some even intercept our planet, these are too small to pose a danger to us, and usually explode far up in the atmosphere. If this year is a typical one for asteroid detections (nearly 3,000 were found in 2020), a few thousand more will likely be found before we leave 2021 behind