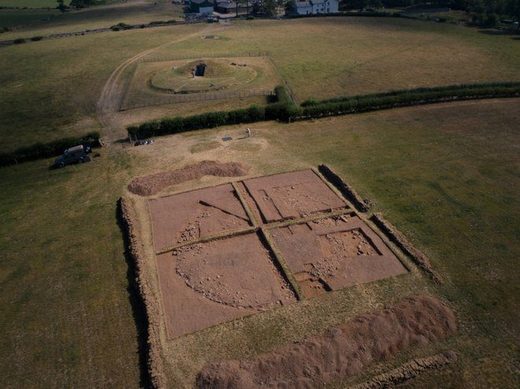 Archaeologists are excavating a 4,000-year-old burial mound on a British island linked in mythology to the mysterious order of magical priests known as the Druids.

And although the burial mound is much older than the Druids - who lived about 2,000 years ago, if they existed at all - the excavations have cast new light on the ancient inhabitants of the island of Anglesey.

Overlooking the Irish Sea from the northwest corner of Wales, Anglesey is dotted with numerous Neolithic and Bronze Age stone monuments. The most famous is the 5,000-year-old passage tomb of Bryn Celli Ddu (Welsh for "the mound in the dark grove"), which has an entrance passage that aligns with the rising midsummer sun. It was archaeologically excavated in 1928 and 1929, and later reconstructed.

Modern archaeologists have turned their attention to a burial mound about 150 feet (50 meters) from the famous passage tomb, in the expectation that today's scientific techniques will reveal new details about the people who built it. 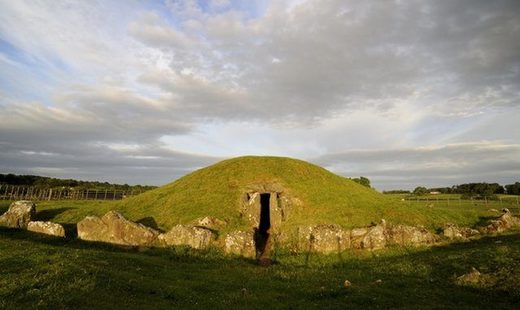 University of Cardiff archaeologist Ffion Reynolds has led excavations at Bryn Celli Ddu for the past four years, and her team will complete a fifth year of excavations at the site - which includes the burial mound - in early July.

Reynolds, who also works for the Welsh heritage agency Cadw, told Live Science that the excavations of the burial mound were now almost complete, and scientific tests would now help to determine the presence of any human remains there.

The excavations have shown that the burial mound was built during the Bronze Age, much later than the original Neolithic tomb, while some artifacts could be even older than the tomb, she said. "This suggests that Bryn Celli Ddu has been a special ceremonial location for thousands of years."

Anglesey is most famous today for its supposed links to the Druids, who were described by the Roman general Julius Caesar and by the later Roman historian Cornelius Tacitus.

Although no archaeological evidence of the Druids has ever been found, generations of writers have portrayed them as the religious leaders of the Celts, a Bronze Age people who spread across Europe about 3,000 years ago. 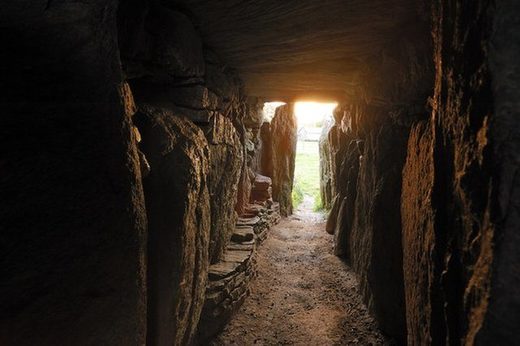 While megalithic monuments like Bryn Celli Ddu and Stonehenge in England were once said to have been built by Druids, modern archaeologists have concluded that they were built thousands of years before the Celts even arrived in Britain.

According to Tacitus, Druids played a part in the Roman invasion of Anglesey, which he described as a center of Celtic resistance to the Roman Invasions of Britain.

Tacitus - writing at the end of the first century, around 50 years after the invasion of Anglesey - noted the surprise of the Roman soldiers when they saw Druids among the military defenders of the island, shouting curses at the invaders.

The myth of a link between the mysterious Druids and Anglesey has taken hold from that single mention, said University of Bristol historian Ronald Hutton, author of "Blood and Mistletoe: The History of the Druids in Britain" (Yale University Press, 2009).

Although the British defenders of Anglesey were eventually defeated, the description of the Druids by Tacitus was taken up by later writers, who exaggerated his account to turn the island of Anglesey into a center of Druidic power, Hutton told Live Science.

But there was no evidence of the presence of Druids at Anglesey, or indeed anywhere else in Britain, he said.

"It may have been based on an eyewitness statement or may have been made up entirely by Tacitus himself to enliven his account of the attack on Anglesey," Hutton said. "We just can't tell."

Decades of archaeological work in Britain have also failed to find any evidence of the Druids. But the connection between the island of Anglesey and the Druids has become an almost indelible legend. 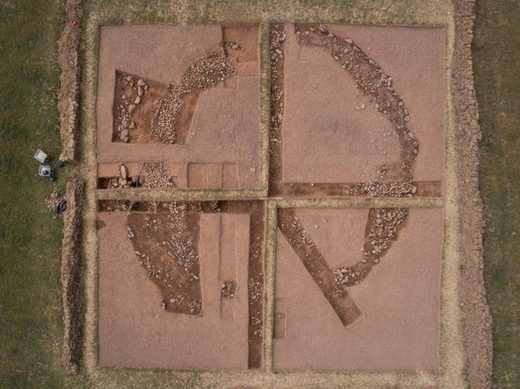 Like Hutton, Reynolds is also doubtful about the existence of the supposed Druids. "In an archaeological sense, we have not found any evidence for the Druids anywhere in Wales," she said. "So it is difficult to say whether or not they existed."

However, evidence from sites like Bryn Celli Ddu showed that ancient monuments were often used for ceremonial purposes by later peoples, she said.

At Bryn Celli Ddu, archaeological evidence now suggests that the original tomb was started in the Neolithic period, about 5,000 years ago, and added to over the centuries, she said.

Distinctive pieces of Bronze Age pottery and flint tools were found during the latest excavations, which indicated the burial mound was built around 1,000 years later than the Neolithic passage tomb, she said.

Geophysical surveys and excavations also revealed much older structures and artifacts buried at different locations around the Bryn Celli Ddu tomb, including a circle of Neolithic pits, pieces of Neolithic pottery and the remains of a stone ax.

"People have been coming back to this landscape over thousands of years," she said. "They were adding their own mark onto the landscape."