The 1958 mega-tsunami in Alaska 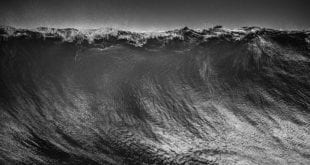 It was higher than the Empire State Building in New York City! 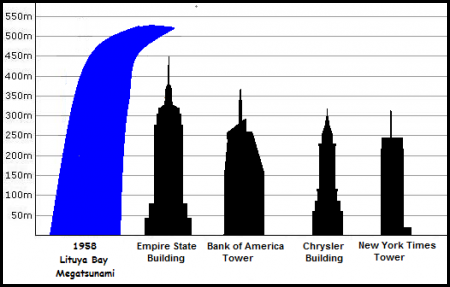 Mega-tsunamis are very rare and mythical. As such, they are part of legends around the world.

The largest tsunami ever recorded on Earth occurred on July 9, 1958.

This mega-tsunami was triggered by a strong 8.3 earthquake at the Fairweather Fault, which resulted in a huge landslide that fell into the narrow inlet of Lituya Bay.

The 30 million cubic metres of rock and ice caused a massive and sudden displacement of water, and formed this cataclysmic wave reaching incredible 1720 feet (524 meters).

This video explained what happened during that Alaska Mega tsunami:

You can learn more about this apocalyptic tsunami event and watch a lists of possible future mega tsunamis on Wikipedia.