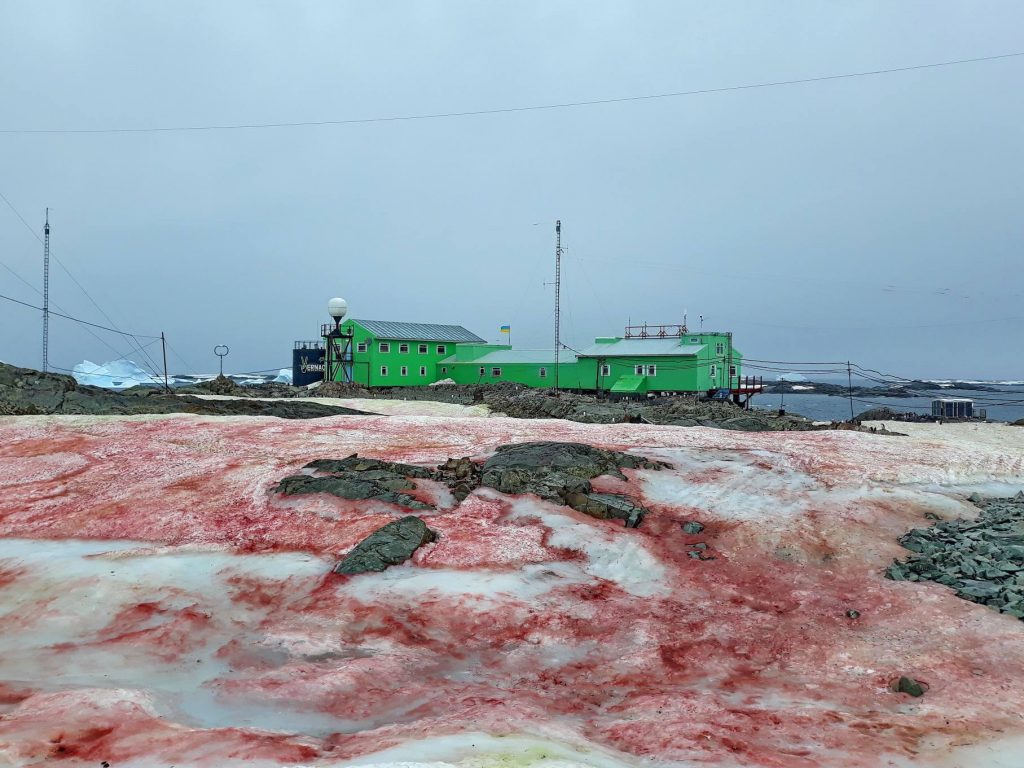 The snow turned blood red at the only Ukrainian Antarctic Station.

But it’s far from the mysterious Antarctica Blood Falls!

some red bleeding snow was spotted in front of the Vernadsky Research Base, the only Ukrainian Station in Antarctica, located at Marina Point on Galindez Island of Argentine Islands, not far from Kiev Peninsula. 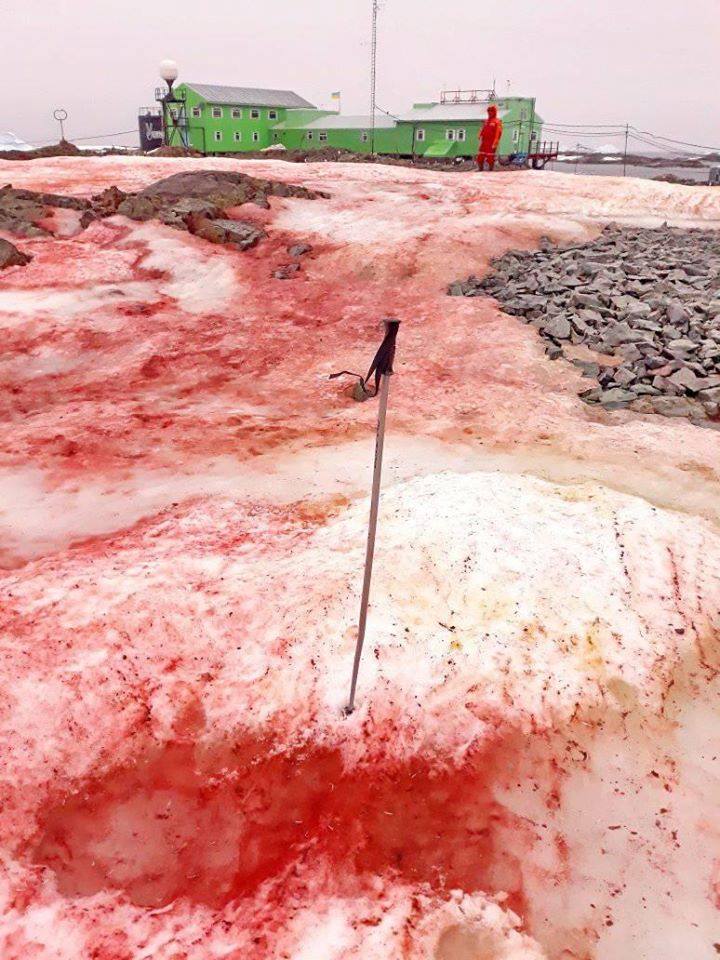 According to scientists, the red coloration is due to the blooming of thousands of unicellular green algae Chlamydomonas nivalis, which contain red carotene to protect themselves from ultraviolet radiation.

Two weeks ago, snow along the coast of the Caspian Sea in Kazakhstan turned blood red, baffling local residents