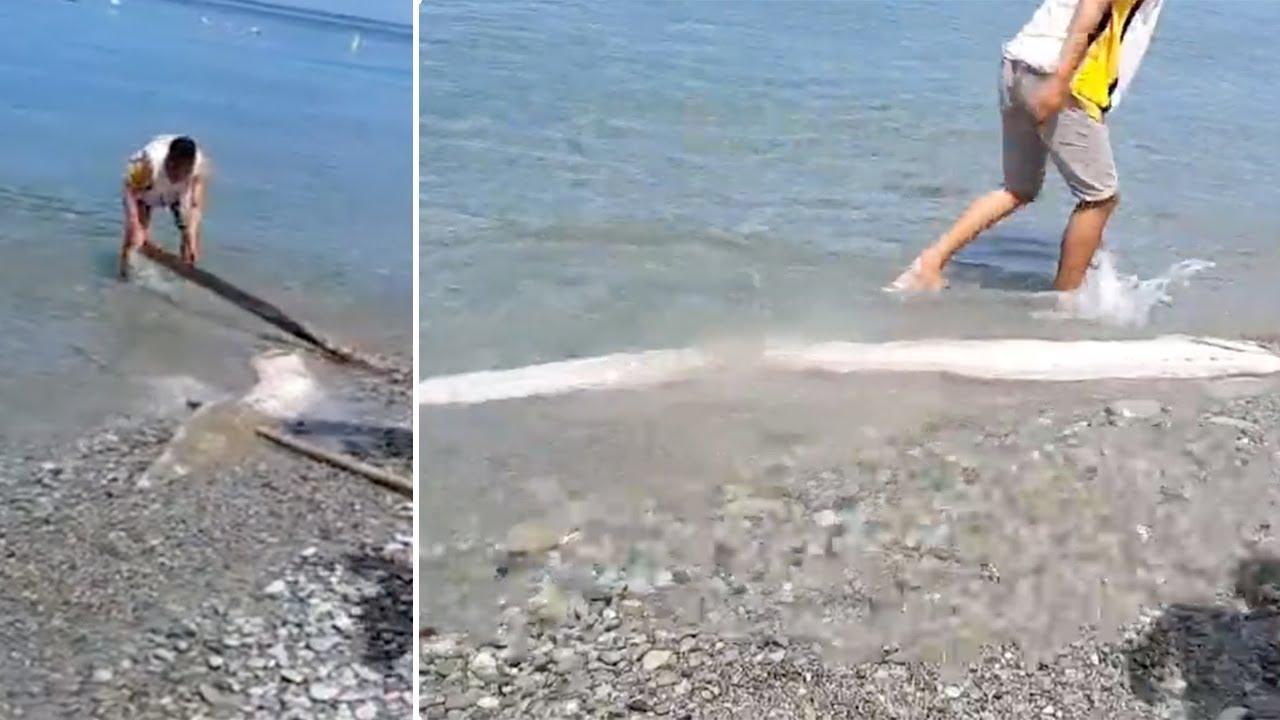 The 14ft long creature was found by concerned locals on the sand in Surigao del Norte, Philippines, on March 3, 2020.

Locals transported the giant sea creature from the Punta Beach in the town of Tinago, Malimono, where it was treated but later died.

While residents believe the oarfish is a sign of an impending earthquake, local authorities said that the belief is baseless.

Oarfish are known in the Japanese folklore as the Messenger from the Sea God’s Palace. It’s appearance is said to portent earthquakes.

From December 2009 to March 2010, unusual numbers of oarfish Regalecus russelii appeared in the waters and on the beaches of Japan.

Well it is known that movements of tectonic plates generate electromagnetic currents which could probably drive oarfish and other deep sea swellers, such as dealfish, ribbonfish, and unicorn creshfish, into the shallows.

Meanwhile, no strong earthquakes have been measured in the Philippines… But the oarfish legend is firmly anchored in the minds of many.