Mysterious Chinese seed packets showing up across the U.S. 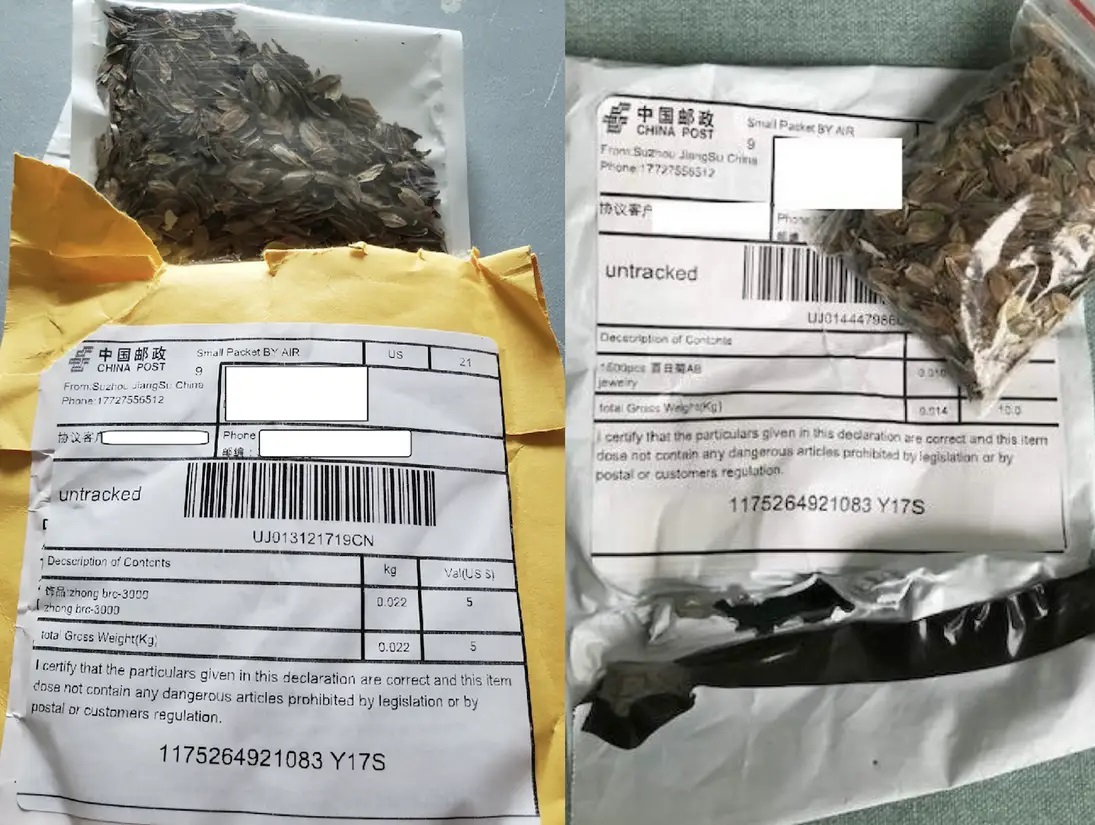 Dozens of US states have reported mysterious seeds showing up in packages from China and are warning citizens not to plant them because they could be an invasive species.

The US Department of Agriculture said Tuesday that it was investigating the unsolicited packages of seeds reported by at least 27 states and urged anyone who receives them to contact local agricultural officials.

"Please hold onto the seeds and packaging, including the mailing label, until someone from your State department of agriculture or APHIS contacts you with further instructions," the USDA's Animal and Plant Health Inspection Service said in a press release. "Do not plant seeds from unknown origins."

The agency also said the packages were likely a "brushing scam," in which consumers are sent packages and a company then forges positive reviews of the products.

But they could also quickly become an ecological disaster.

"An invasive plant species might not sound threatening, but these small invaders could destroy Texas agriculture," Sid Miller, Texas' agriculture commissioner, said in a press release.

And scientists agree — that's why the USDA has such strict rules on importing plants and other organic materials.

"The reason that people are concerned is — especially if the seed is the seed of a similar crop that is grown for income and food, or food for animals — that there may be plant pathogens or insects that are harbored in the seed," Carolee Bull, a professor with Penn State's Plant Pathology and Environmental Microbiology program, told The New York Times.