Unprecedented numbers of birds are falling from the sky, New Mexico 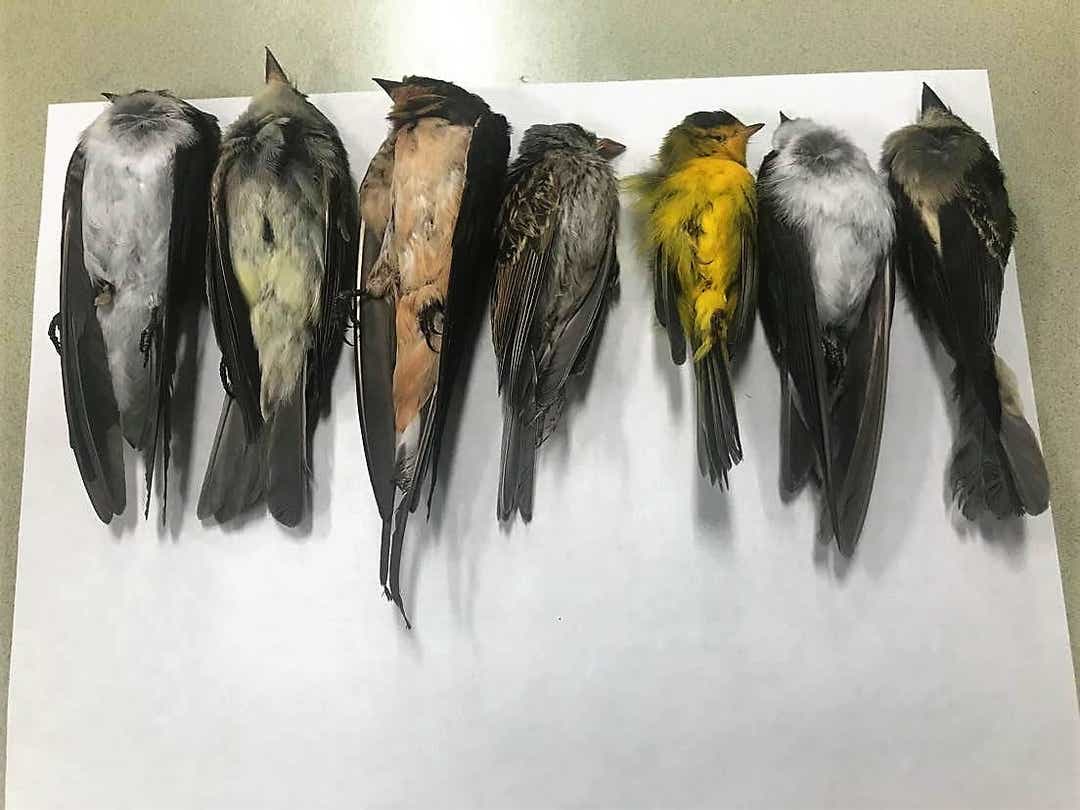 Over the past few weeks, various species of migratory birds are dying in “unprecedented” numbers of unknown causes.

And this growing number of birds in southern New Mexico that have mysteriously died have wildlife experts scratching their heads.

“It is terribly frightening,” Desmond said. “We’ve never seen anything like this. … We’re losing probably hundreds of thousands, if not millions, of migratory birds.“

In August, large numbers of birds were found dead at White Sands Missile Range and at the White Sands National Monument in what was thought to be an isolated incident, Desmond said.

After that, however, came reports of birds behaving strangely and dying in numerous locations in Doña Ana County, Jemez Pueblo, Roswell, Socorro and other locations statewide.

The biologists noted that the majority of the dying birds are insectivores, but that seed eaters were sickening and dying as well.

“A number of these species are already in trouble,” Desmond said. “They are already experiencing huge population declines and then to have a traumatic event like this is – it’s devastating.”

Only on Saturday, 300 bird carcasses were discovered at Knox Hall on the university of New Mexico main campus.

The day before, residents living around also found birds behaving strangely and gathering in large groups before dying. 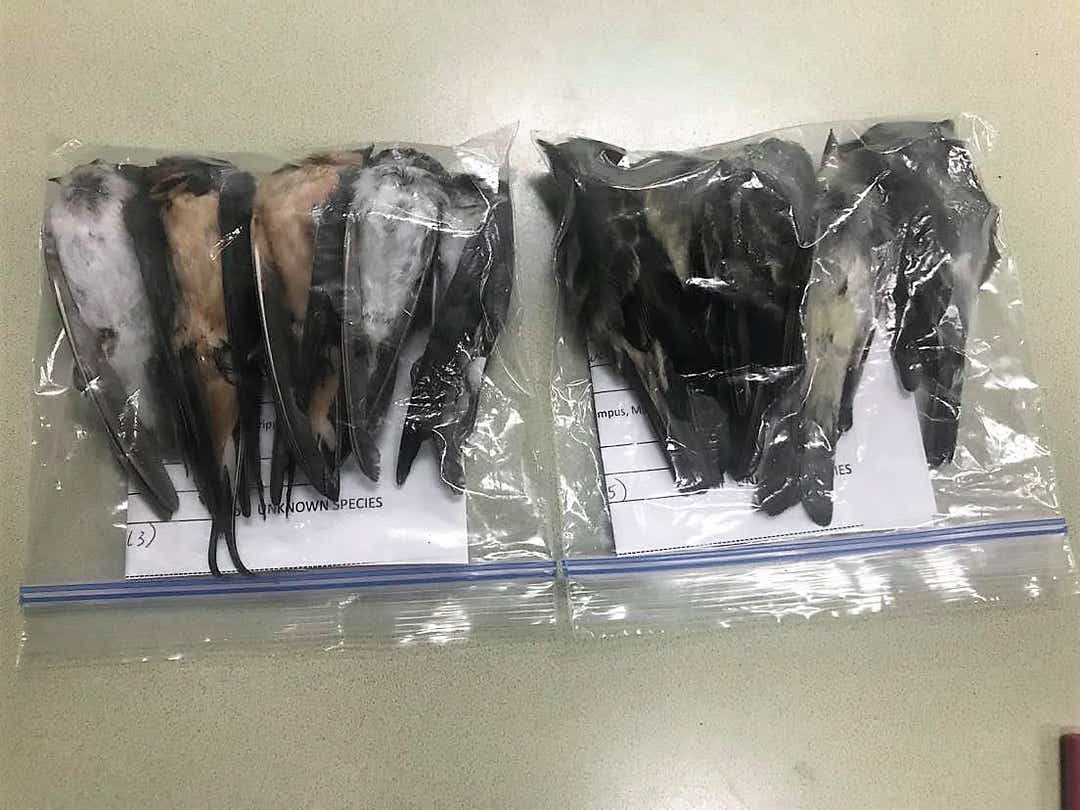 “People have been reporting that the birds look sleepy … they’re just really lethargic,” Cutler said. “One thing we’re not seeing is our resident birds mixed in with these dead birds. We have resident birds that live here, some of them migrate and some of them don’t, but we’re not getting birds like roadrunners or quail or doves.”

On the other hand, numerous migratory species are dying rapidly and it is not immediately clear why, although the cause appears to be recent.

Biologists said the birds had moulted, replacing their feathers in preparation for their flight south, “and you have to be healthy to do that; but somewhere after that, as they initiated their migratory route, they got in trouble.“

The biologists guessed the cause might involve the wildfires ravaging the western U.S. and dry conditions in New Mexico.

“They may have been pushed out before they were ready to migrate,” Desmond said. “They have to put on a certain amount of fat for them to be able to survive the migration. These birds migrate at night and they get up in the jet stream, and they might migrate for three nights in succession, they’ll come down and they’ll feed like crazy, put on more fat and go again.”

The birds will be sent to the U.S. Fish and Wildlife Service Forensics Laboratory in Ashland, Ore. for further analysis.

“Over 3 billion birds have died since 1970. Insect populations are crashing, and this is just an unprecedented mortality…”

A growing number of birds in southern New Mexico that have mysteriously died have wildlife experts scratching their heads.

“It appears to be an unprecedented and a very large number,” said Martha Desmond, a professor at NMSU’s Department of Fish, Wildlife and Conservation Ecology. “It’s very difficult to put a finger on exactly what that number is, but I can say it would easily be in the hundreds of thousands of birds.”

Desmond is working with a group of wildlife experts from the Bureau of Land Management, NMSU and White Sands Missile Range to get to the bottom of why they’ve been seeing a sudden uptick in deaths. They said one potential reason could be the cold snap that passed through the state last week.

“What is odd is the fact that we’re seeing this occur beforehand and we’re seeing it occur since then,” Desmond said.

Environmental conditions like droughts could have also played a part in the deaths.

“It can be related to some of the drought conditions. It could also be related to the fires in the west. There may have been some damage to these birds in their lungs.  It may have pushed them out early when they weren’t ready to migrate,” Desmond said.

Other researchers across the state are also exploring different theories because they said this phenomenon is not normal.

“On the missile range we might in a week find, get a report of less than half a dozen birds,” said Trish Butler, a wildlife biologist at White Sands Missile Range. “This last week we’ve had a couple hundred, so that really got our attention.”

People can help wildlife officials by reporting any groups of dead birds on the iNaturalist app.

“If people can, we would ask that they collect the birds, use gloves or a bag to pick it up,” Desmond said. “We don’t advocate touching the birds with their hands. Bag them, double bag them and put them in the freezer.”