Mystery in sky near Asda before meteor crash in UK 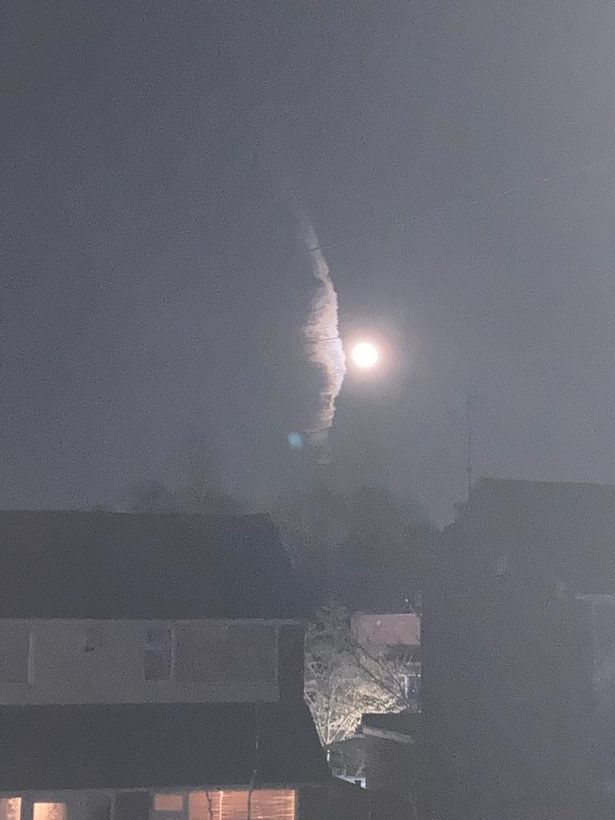 UK Meteor Update: A mysterious aerial phenomenon was pictured an hour before a spectacular meteor blazed a trail through the sky.

The striking image has puzzled locals in Gloucestershire after it was taken in Cheltenham at around 8:43pm on Sunday.

This was about an hour and a quarter before the fireball meteor was seen and heard in the county, GloucestershireLive reports.

The strange formation was photographed by James Parfitt who said: "There I was just putting the rubbish in the bin, looked up and saw this amazing phenomenon.

“At first I thought it was an unusual cloud, but noticed the rest of the sky was completely clear.

Even though the photograph was taken around 75 minutes before the meteor, James said there were similarities.

He said: “If you look at other photos from past meteor showers it looks identical, so perhaps there were more earlier?

“It’s too much of a coincidence to not be related.”

The picture was taken in his garden, looking east towards a British supermarket, Cheltenham and ultimately the Cotswolds where the later meteor is thought to have landed. 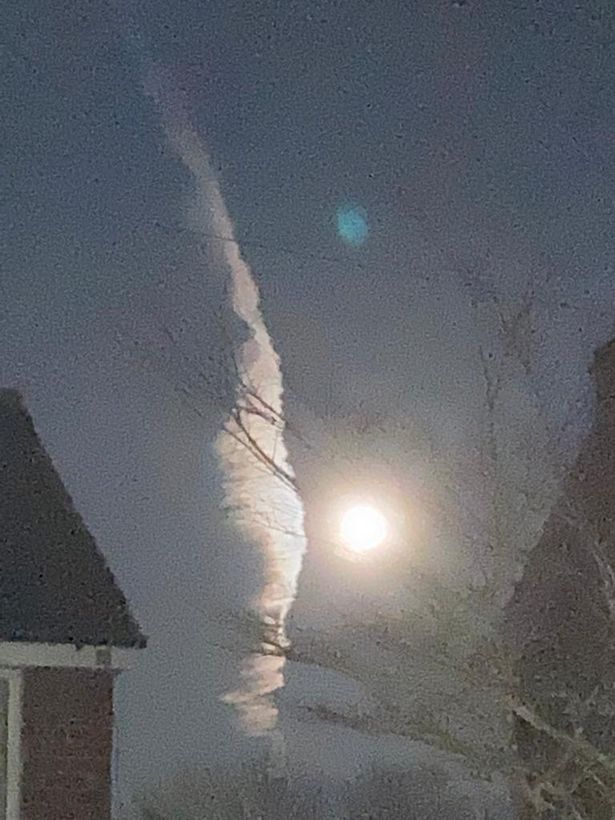 Many were disturbed by what was described as a ‘sonic boom’ as the meteor entered the Earth’s atmosphere - including people living in Bishop's Cleeve.

The meteor is understood to have landed somewhere between Swindon Village and Bourton-on-the-Hill, according to the network.

Social media was on Monday morning awash with footage of the dazzling fireball and a trail of smoke, with loud bangs heard for miles.

The dramatic sighting was spotted across the UK shortly before 10pm, with Scots reporting the "stunning" moment.

Those in the West Country also saw the dramatic fireball.