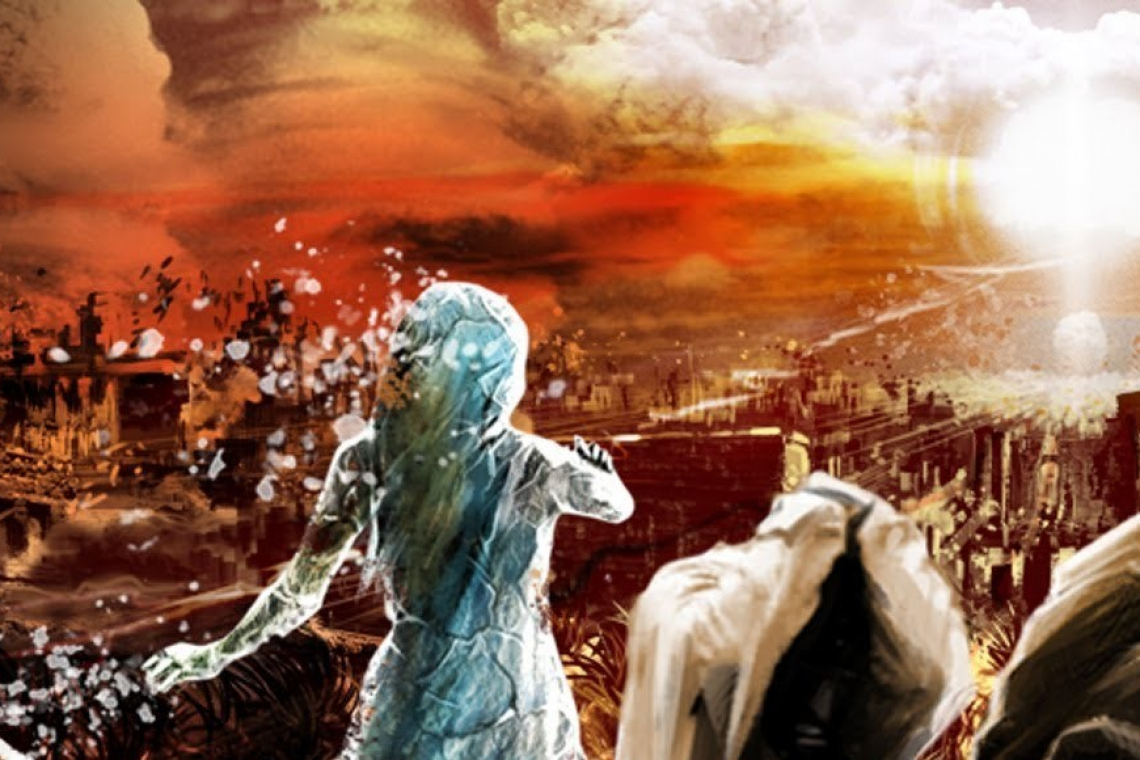 New research suggests that Sodom and Gomorrah, two biblical towns known as sin cities, were razed to the ground by a meteor "cloudburst" that incinerated all 8,000 inhabitants

The researchers believe that the destruction was caused when the giant meteor exploded over the town 3,650 years ago - creating a huge fireball. This might also be the same event that caused Jericho’s walls to come “tumbling down”, given that the town was just 20 miles away.

Scientists believe that similar to what the Bible described, there really was a “heavenly event” that occurred around that time, causing untold destruction.

The event flattened an ancient palace of the time, along with exterminating other cities and multiple small villages.

Scientists believe that there would have been no survivors of this calamity.

Detonation occurred about 2.5 miles above the ground. Even at that distance, the blast created a 740mph shockwave.

Human remains suggested they had been blown up or incinerated - with extreme disarticulation and fragmentation of bones.

Lead author Professor James Kennett, of the University of California at Santa Barbara, said: "We saw evidence for temperatures greater than 2,000C."

They are all indications of unusually high temperatures - similar to the biblical account of the destruction of Sodom and Gomorrah.

There was no manmade technology at the time that could have produced such astonishing damage.

Prof Kennett said: "There is evidence of a large cosmic fireball, close to this city called Tall el-Hammam."

He likened the extraordinary event to the 1908 “Tunguska Event” when a 12 megaton meteor destroyed 80 million trees across 830 square miles of eastern Siberia.

It would have also been similar to the impact that did away with the dinosaurs but on a much smaller scale.

Further proof was provided by the identification of melted metals, including iron and silica, in samples of soil and sediments.

The settlement had hosted early civilisation for thousands of years.

At the time it was ten and five times larger than Jerusalem and Jericho, respectively.

Prof Kennett said: "I think one of the main discoveries is shocked quartz. These are sand grains containing cracks that form only under very high pressure.

"We have shocked quartz from this layer. That means there were incredible pressures involved to shock the quartz crystals.

“Quartz is one of the hardest minerals. It is very hard to shock."

The fireball also explains the "unusually high concentrations of salt" in Ground Zero - which reached 25 percent in some samples.

Tall el-Hamman has been the focus of an ongoing debate as to whether it could be the biblical city of Sodom.

The researchers believe the disaster generated an oral tradition that inspired the written account in the book of Genesis.

It may also have led to the story of the burning of Jericho in the Old Testament Book of Joshua.