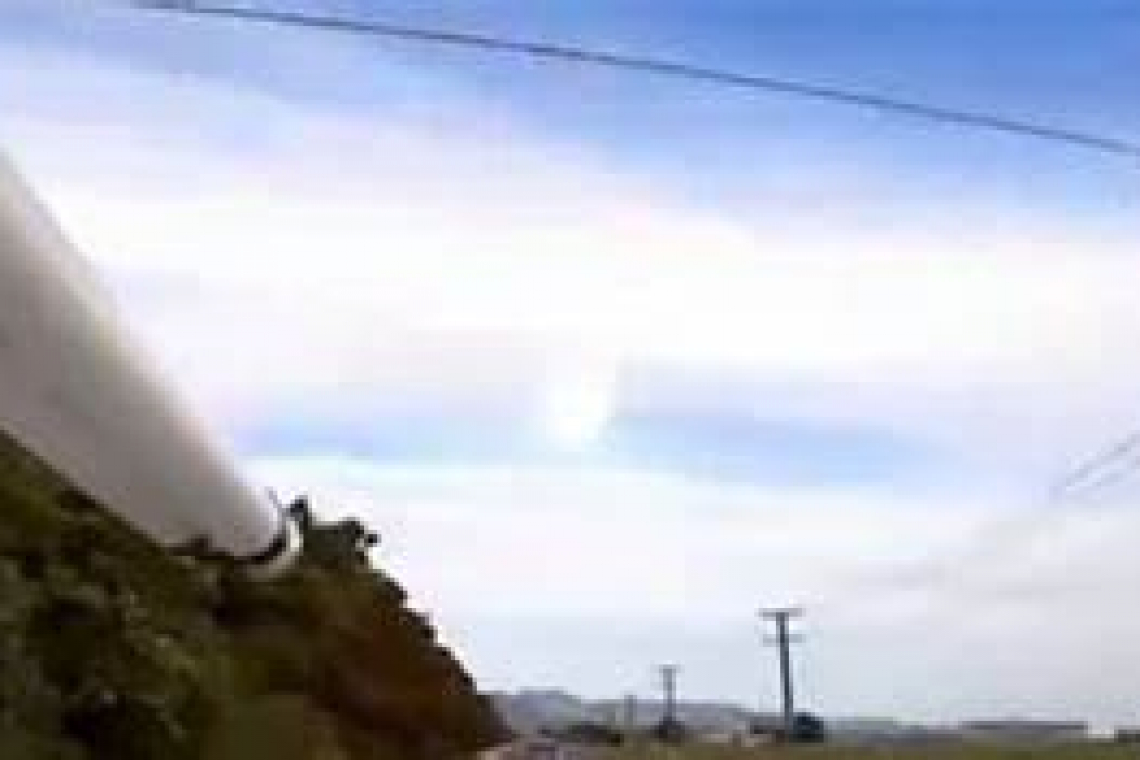 A very bright daylight meteor was seen and recorded over Wellington, New Zealand at around 01:50 UTC on July 7, 2022 (13:50 LT). This event lasted about 10 seconds and was followed by a loud boom. It left signatures on weather radars, seismometers, and geostationary satellites.

Residents described it as a massive flash of light, a giant streak of orange, followed by a blue smoke trail and a big bang. Some of them reported their homes rattled.

“It sounds like there has been a really interesting event somewhere in Wellington,” astronomer and Otago Museum director Dr. Ian Griffin​ said. “Many people have reported a ball of fire in the sky.

Alan Gilmore, an astronomer at Canterbury University’s Mount John Observatory, told Reuters that a bright meteor coming down through the atmosphere very fast was a rare occurrence over an urban area.

“This was glowing very brightly so it must have been quite a big object,” said Gilmore. The boom that people heard indicated the meteor had come within 60 km (37 miles) of earth, he said.

Wellington Radar recorded a smoke trail from the meteor as it passed over the lower North Island. “It’s about the right place and time, and it’s not meteorological,” New Zealand’s Met Service meteorologists said.

GeoNet’s seismometers registered sound waves from the meteor, with the earliest arrival at around 13:50 LT on seismometer PLWZ on the east side of Palliser Bay.

Dashcam footage has captured a fireball exploding above the lower North Island.

An interesting signature from the Wellington Radar, at 1:52pm.

This shows a cross-section of the atmosphere, with what may be the smoke trail of the meteor ☄ that passed over the lower North Island.

It's about the right place and time, and it's not meteorological. pic.twitter.com/2pY3WqzenT

“If you’ve got video or photographs of the event it’s really important to keep them, as we might be able to use them to triangulate the position of the thing, and where it landed – if it did land,” Griffin said.1

“Also if you saw it and heard a bang, that’s quite interesting too. If you know the time between when you saw the flash of light heard the bang that gives us a sense of distance.”

“It might be quite scientifically important to retrieve the object,” Griffin said.

“Meteorites in this country are quite rare so actually getting one would be quite cool.”

In an amazing coincidence on this day in 1999, GeoNet recorded a large meteor that entered the Earth’s atmosphere to the northwest of New Zealand. It was seen by residents from Timaru to 90 Mile Beach in Northland.