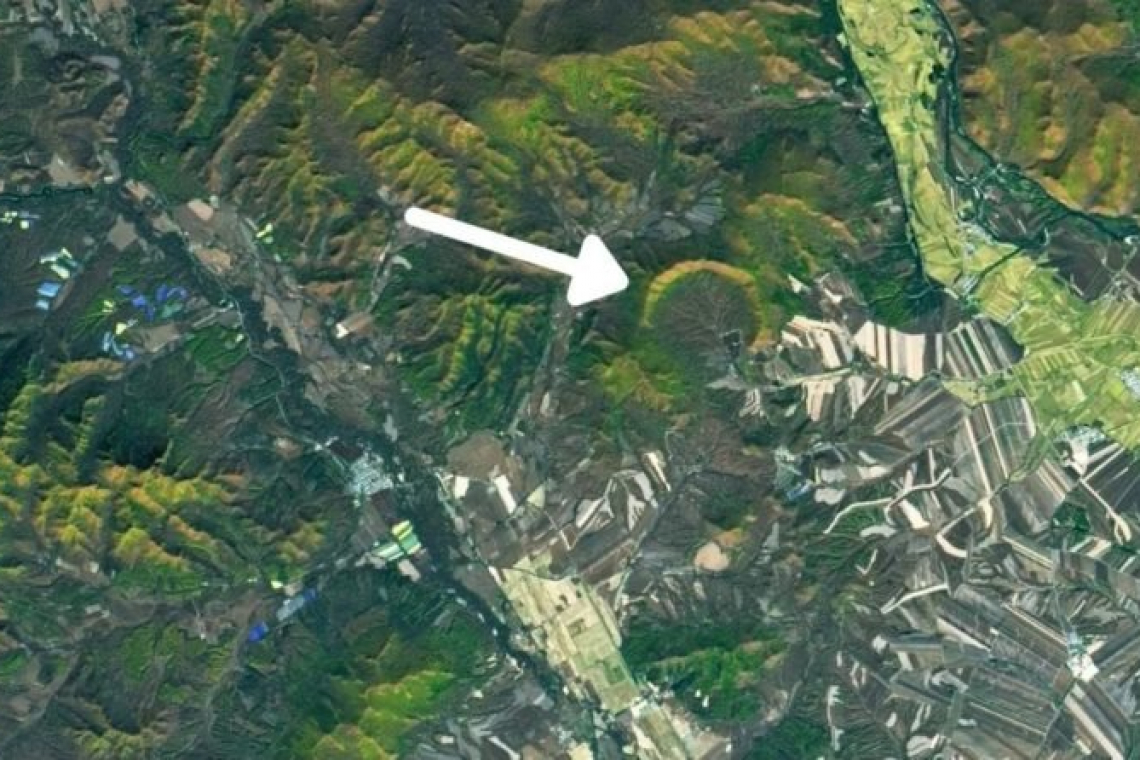 A crescent-shaped crater in Northeast China holds the record as the largest impact crater on Earth that formed in the last 100,000 years.

Prior to 2020, the only other impact crater ever discovered in China was found in Xiuyan county of the coastal province of Liaoning, according to a statement from the NASA Earth Observatory.

Then, in July 2021, scientists confirmed that a geological structure in the Lesser Xing’an mountain range had formed as a result of a space rock striking Earth. The team published a description of the newfound impact crater that month in the journal Meteoritics and Planetary Science.

The Yilan crater measures about 1.15 miles (1.85 kilometers) across and likely formed about 46,000 to 53,000 years ago, based on radiocarbon dating of charcoal and organic lake sediments from the site.

Researchers collected these sediment samples by extracting a drillcore from the center of the crater.

Beneath more than 328 feet (100 meters) of layered lake and swamp sediments lay a nearly 1,000-foot-thick (320 m) slab of brecciated granite, which is granite made up of many rocky fragments cemented together in a matrix, the team found.

This rock bears telltale scars of having been struck by a meteorite.

For example, fragments of the rock show signs of having melted and recrystallized during the impact, as the granite rapidly heated and then cooled off. Other fragments of the rock escaped this melting process, and instead contain “shocked” quartz that shattered in a distinct pattern when the space rock crashed down.

The team also uncovered teardrop-shaped glass fragments and pieces of glass pierced with tiny holes made by gas bubbles; both of these features also indicate that a high-intensity impact took place there, according to the NASA statement.

A portion of the Yilan crater’s southern rim is missing, so the geological structure looks crescent-shaped from above.

Such crescent-shaped impact craters are relatively rare on Earth, explains Chen Ming, one of the authors of the article and a research fellow from the Guangzhou Institute of Geochemistry.

In October 2021, the Landsat-8 satellite captured a striking snapshot of the crater’s northern rim, and scientists are now investigating how and when the southern rim disappeared.