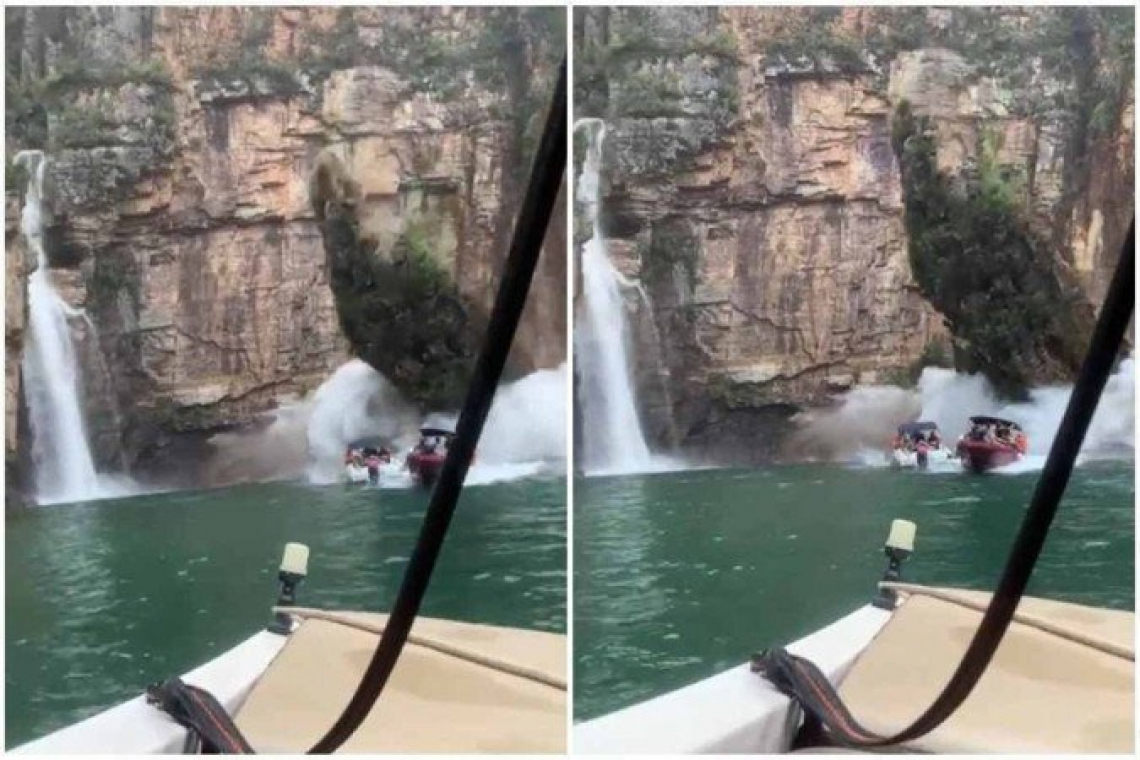 Ten people have been killed after part of a cliff collapsed onto leisure boats on a Brazilian lake.

Another 32 were injured in the accident in the south-east of the country. 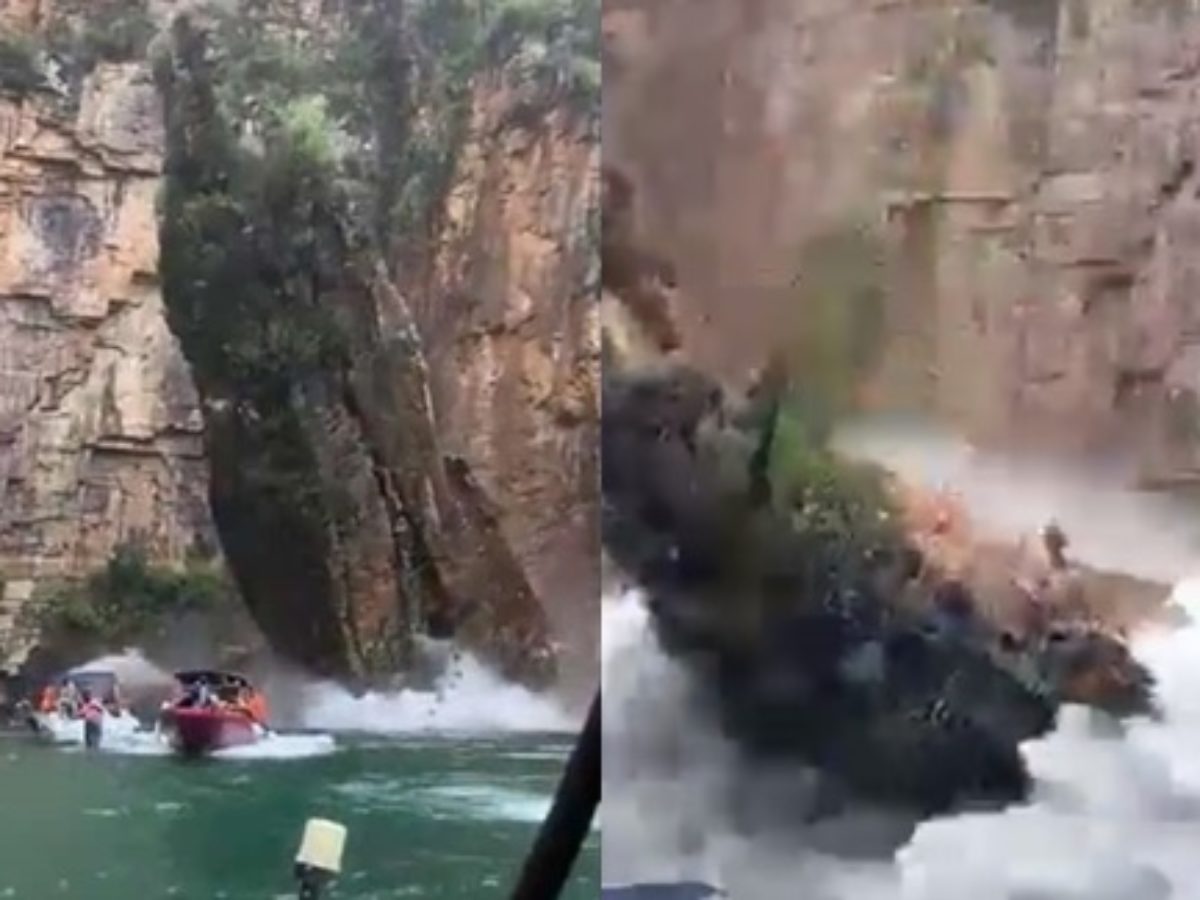 Video circulating online shows the moment the rock detaches from the cliff face as onlookers try to yell warnings to the boats beneath.

At least one of the boats appears to have sunk, while others managed to escape from the huge wave the falling rock created.

The collapse at 11:00 local time (14:00 GMT) followed days of rain in Minas Gerais state, which had made the cliffs more susceptible to collapse, local fire officials told reporters.

“That piece will fall out,” a woman can be heard saying in a video of the accident. “Get out of there,” warns another, before the cliff collapses onto the boats.

Three vessels were hit by falling rock, Lieutenant Pedro Aihara told reporters. Out of the 32 injured, nine people were in hospital.

Twenty people were initially reported missing, but Lt Aihara said most were accounted for after checking hospital lists.

Alessandra Barbosa told news outlet EPTV that she is seeking news of her uncles, who were spending the weekend at the site and decided to take a boat tour of the cliff.

“I called local hospitals. So far I haven’t had any information about them. We are distressed, very concerned,” she said.

“We get nervous because we have no information and it’s family, right? Family is everything to us.”

Authorities are now trying to identify those killed, with their bodies badly damaged in the collapse.