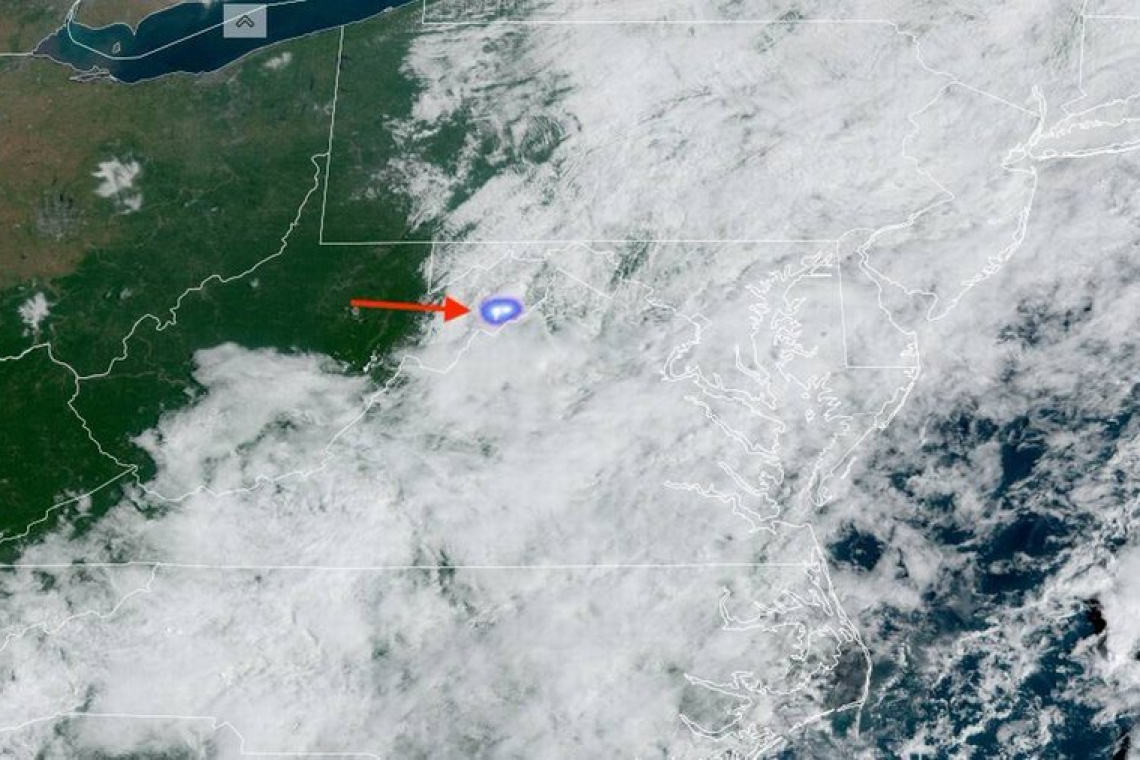 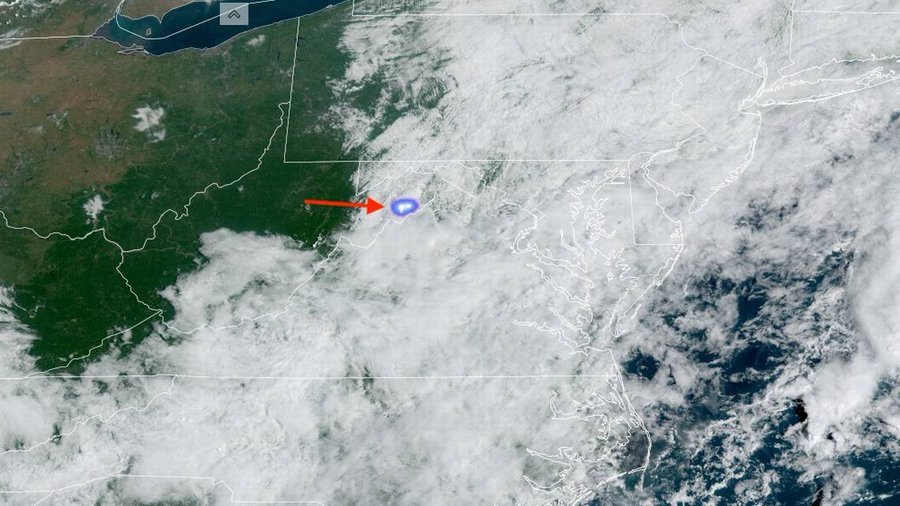 There are many reports of 'boom-like' sounds associated with a couple of fireball sightings from northern Virginia around 14:30 UTC on September 17 (10:30 EDT). It's possible this event produced meteorites in the northern Virginia/eastern West Virginia area.

The currently available data are insufficient to determine a trajectory, but a strong fireball-like signature shows up at 14:24 UTC in the GOES 16 Geostationary Lightning Mapper (GLM) data, permitting an estimation of the energy of this event.1

A comparison to a previous fireball with good ground and GLM data puts the brightness of this morning's meteor at magnitude -12, the same brightness as the full Moon.

"The fragmentation of the object produced a pressure wave recorded by seismometers and infrasound instruments in the area," NASA's Meteor Watch said.

"A very quick analysis of the infrasound signal indicates an energy of a few tons of TNT, in reasonable agreement with the GLM energy estimate."

No camera imagery has surfaced so far, due to the heavy cloud cover over the region.

It is possible that this event produced meteorites somewhere in the northern Virginia/eastern West Virginia area. Another video (sound) from the big boom heard across the area this morning
Video from Sophie McCauley in Rileyville pic.twitter.com/YaDoeH2YU0

Check this out- surveillance video from Woodstock this morning captured the sound.
No flash but here's the sound @NWS_BaltWash @amsmeteors pic.twitter.com/4D8VonOdTj

“Intense rumbling, thought something exploded outside. Windows and blinds shaking.”

“This was not an earthquake it was an explosion on a massive scale.”

“In house, heard loud rumble and windows rattled. Went out side, notjing on road, could hear the rumble going north towards mountain.“

“Was a lot of rumbling vibration like rolling thunder but nothing on the radar.”

“We were sitting at home and suddenly heard a very loud, long, rumbling sensation. It was extremely loud and seemed to last about seven seconds.”

“Heard a loud boom and my house actually shook. My dogs were outside and they were trying to get back in and barking.”

“I was in luray bout a mile up dry run setting on the porch swing when something blew the f up I was bout to hit the dirt thinking we just got bombed it’s was so loud everyone here heard it I even felt a breeze following the sound just thankful i had on my old underwear and not my favorite part and as far as I know nobody got hurt may have been green and gray people things crushing their UFO the mountains where so pretty had to text or post bout then while flying thier cigar or disk shaped UFO into the side of a mountain but we’ll be told it was nothing we all just had the same dream be ready for the man in black stay safe and don’t text and fly or fly high but something blew up around 10:30 and went boom no matter what they try to tell us it was.”

Another video coming in- sound only from Wardensville (Hardy, County)
Video from Janet Cooper pic.twitter.com/3zFmYpR8rd