'Growing UFO' hovers over US Naval Base 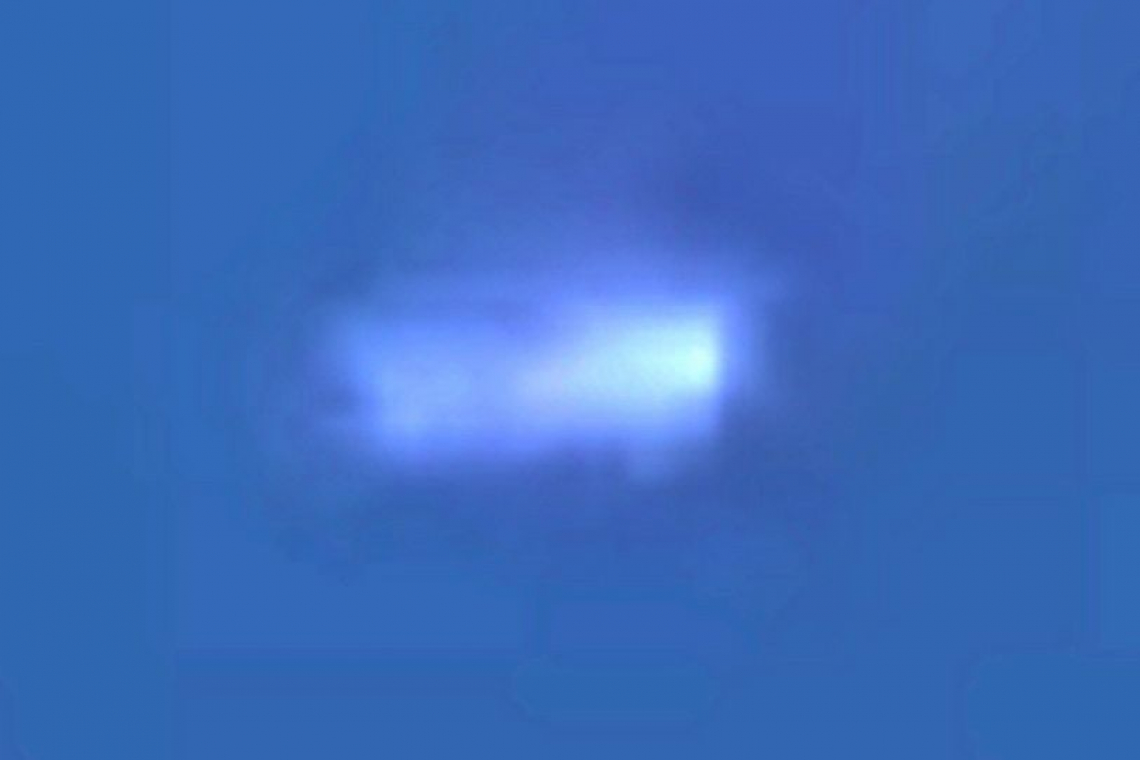 A man claims to have spotted a 'growing' UFO hovering over a US Naval base that a self-proclaimed expert has claimed is '100% proof' that the alien aircraft can disguise themselves.

The man, from Corpus Christi, Texas, claims he watched what he initially believed was a cloud for several minutes before it started growing and suddenly disappeared.

Video footage taken at the scene on January 20, 2022, shows a small white orb with red lights, growing into a big cloud-like formation.

The anonymous eyewitness said: "I first thought this was a cloud but after watching it for several minutes it kept growing and got really bright.

"After this large bright spot appeared it quickly disappeared. No other clouds were in the sky and the sun was already going down.

"No aeroplane incidents were reported on the news either. Very weird and I’m hoping someone can explain!

"I did not see the moon behind it, the sun was setting to my right and I do not know where the moon was.

"Stopped recording so I could phone a friend to determine if they could see it.

"I had called a friend to see if they had noticed it. He said he could find it in the sky but he lives about 20 miles in a different direction.

"My girlfriend saw it though so I know I’m not crazy. It pretty much went away quickly after this video was shot. We didn’t see any scheduled launches.

"This direction is towards the south padre though. There is a Naval Air Base in this direction as well but I didn’t see any planes in the sky."