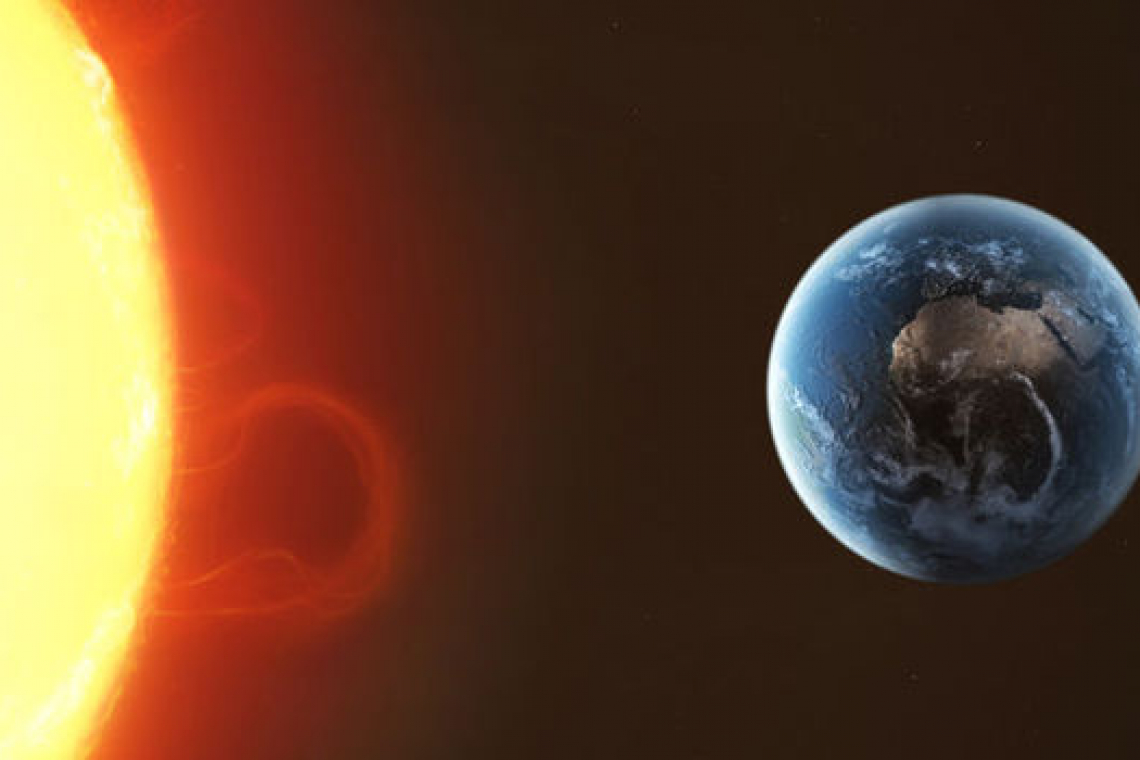 A DEVASTATING burst of radiation that erupted from a star 100 light-years away has got scientists worried.

Experts say a similar solar storm fired in our direction from the sun would have sent mankind back to the Dark Ages.

According to a study published this week, a stellar eruption was spotted by researchers for the first time in a nearby stellar system.

The star it emerged from is named EK Draconis - Latin for "dragon". It lies in the constellation of Draco in the far northern sky.

Astronomers described the spectacular fireworks show as "troubling" – warning a similar event could hit Earth within the next century.

Known as a CME (corona mass ejection), the sun shoots out such eruptions on a regular basis.

They are made up of clouds of extremely-hot particles, or plasma, that hurtle through space at millions of miles an hour.

And they are potentially bad news. Every 100 years or so, a major CME is released in our direction.

Study co-author Dr Yuta Notsu, of the University of Colorado Boulder, said: "Coronal mass ejections can have a serious impact on Earth and human society."

The international team used ground and space-based telescopes to observe the astonishing burst of energy pouring out of EK Draconis, which resembles a young version of the sun.

It emitted a mass of scorching plasma in the quadrillions of kilograms - over ten times bigger than the previous record from a sun-like star.

Experts fear that a catastrophic solar storm could hit us by the end of the century.

Study leader Kosuke Namekata, a PhD student at the National Astronomical Observatory of Japan, said it could be just as strong.

Dr Notsu said: "It may serve as a warning of just how dangerous the weather in space can be.

"This kind of big mass ejection could, theoretically, also occur on our Sun.

"This observation may also help us to better understand how similar events may have affected Earth and even Mars over billions of years."

He explained CMEs often occur right after a star lets loose a flare or sudden and bright burst of radiation that can extend far out into space.

They are like our own solar flares - but tens or even hundreds of times more potent.

Such a superflare could, theoretically, also happen on Earth's sun - and lead to an equally enormous CME.

Dr Notsu said: "Superflares are much bigger than the flares we see from the sun.

"So we suspect they would also produce much bigger mass ejections. But until recently, that was just conjecture."

He described EK Draconis as a "curious star". It is about the same size as the sun - but just 100 million years old.

Dr Notsu said: "It is what our sun looked like 4.5 billion years ago."

The researchers watched the star for 32 nights in winter and spring last year.

On April 5, they got lucky as EK Draconis erupted into a superflare - a really big one. Half an hour later, a CME flew from the star's surface.

The researchers were only able to catch the first step in its life - the "filament eruption" phase.

But even so, it was a monster - moving at a top speed of roughly one million miles per hour. It does not bode well for life on Earth.

The findings in Nature Astronomy hint the sun is also capable of such violent extremes.

But, looking on the bright side, super CMEs are probably rarer in older stars. They may have been much more common in the early years of the solar system.

Gigantic coronal mass ejections, in other words, could have helped to shape planets like Earth and Mars into what they look like today.

"In the past, we think Mars had a much thicker atmosphere. Coronal mass ejections may help us understand what happened to the planet over billions of years."

Two years ago researchers at the US Geological Survey predicted a solar storm could hit us at any moment - with no guarantee we'll spot it coming.

They examined an event now known as the New York Railroad Storm, which plunged large parts of the northeastern United States into darkness in May 1921.

According to the report, several gigantic CMEs bombarded Earth at once - juicing up Earth's magnetic field and causing widespread destruction.

If it happened in the modern world, the cost would run into trillions of dollars.

In 2012, a huge CME which could have decimated electronics missed the Earth by just nine days.

The event was comparable to the 1859 Carrington Event, in which telegraph operators suffered electric shocks and sparks exploded from pylons.