When it comes to mass extinction, meteorite size doesn’t matter 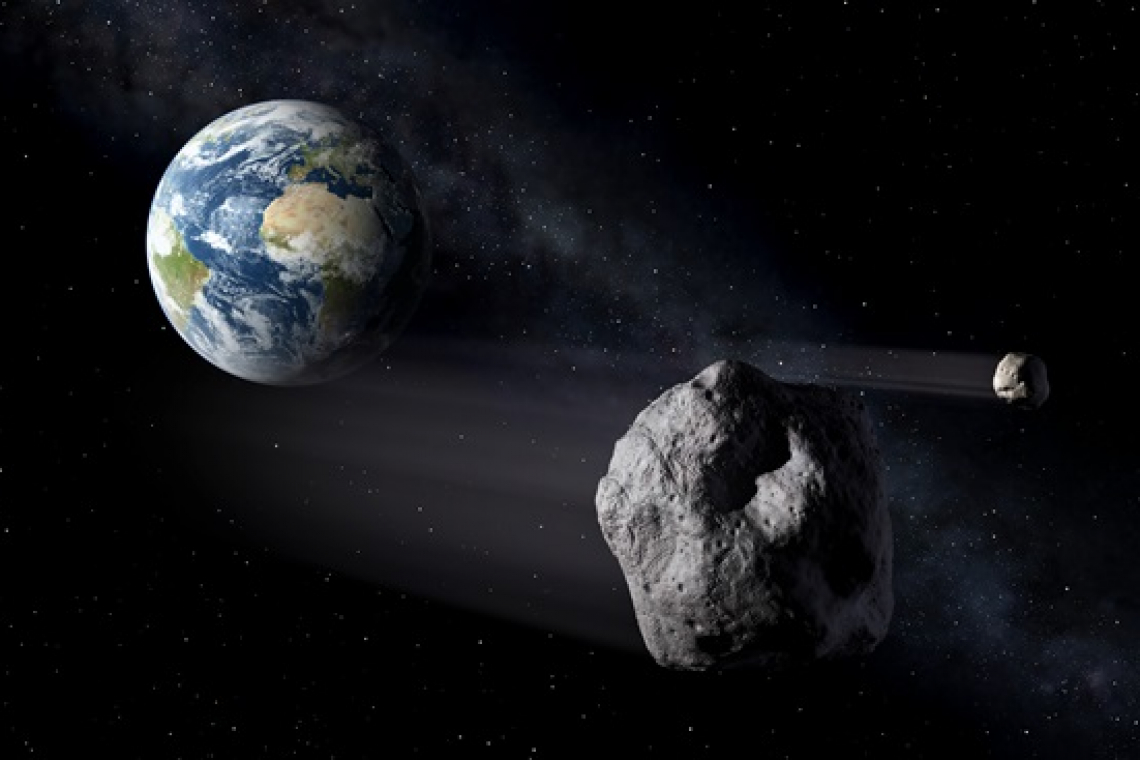 New research shows it’s the composition of the rock a meteorite hits, and not the impactor’s size, that causes an extinction-level event.

It’s a well-known story in our planet’s past: A giant space rock slams into Earth, causing a catastrophe that ends in mass extinction. You might think that when it comes to determining which hits will cause such widespread devastation, the size of the incoming impactor is what matters. But new research suggests that something else might matter more: The composition of the ground where that meteorite hits.

The work, published Dec. 1, 2021, in Journal of the Geological Society, focuses on explaining why some meteorite impacts cause mass extinctions, while others don’t. For example, the famous impact that killed the dinosaurs and left the Chicxulub crater was much smaller than many other impact events that didn’t cause massive loss of species. Why might this be?

It’s all about the dust

An international team of researchers, including experts in mineralogy, climate, asteroid composition, and paleontology, tackled this question by examining 33 impacts over the past 600 million years. Specifically, they looked at the minerals in the massive amount of dust that an incoming meteorite throws up into the atmosphere. That dust can profoundly change Earth’s climate — and it is that climate change which researchers think is a major cause of mass extinctions following impacts. 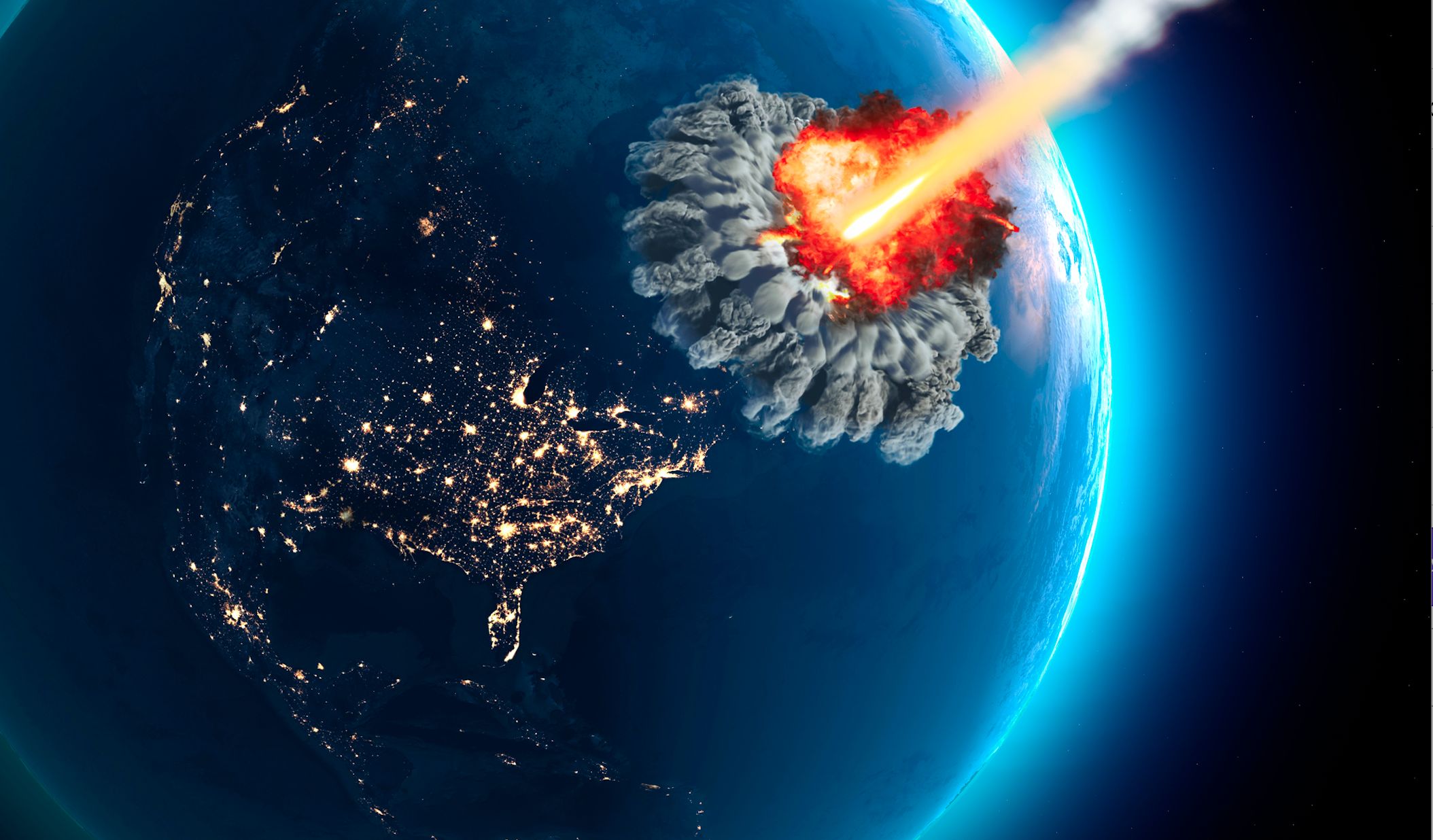 This study revealed something intriguing: Whenever a common mineral called potassium feldspar (also referred to as K-feldspar or Kfs) was present in high concentrations in the rocks that an incoming meteorite hit, the impact resulted in a mass extinction. In the 33 impacts they studied, this occurred regardless of the size of the impactor, meaning smaller meteorites that strike areas rich in Kfs are more likely to cause mass extinctions than larger ones that hit regions without much Kfs.

Why would this be? It turns out that Kfs is something called an ice-nucleating mineral, meaning ice tends to form around it, creating ice crystals in the atmosphere. These ice crystals have profound effects on clouds, which play a vital role in balancing Earth’s climate. Specifically, Kfs makes clouds more transparent and allows more sunlight through, warming Earth’s surface.

This also has knock-on effects that can throw Earth’s climate even further out of whack. Typically, a warming climate melts ice crystals in clouds, which reduces their transparency — blocking out sunlight and acting to balance the climate. But excess Kfs in the atmosphere makes it harder for ice crystals in clouds to melt, which can increase global warming even further.

Turning up the heat

Immediately following any large impact, the massive amount of dust thrown up can cause cooling because it blocks out sunlight. But the researchers say this effect — called impact winter — is small, often lasting less than a year. The bigger effect, they say, occurs over the course of 1,000 to 100,000 years, when Kfs-rich dust continues to seed ice crystals in the atmosphere. Ultimately, impacts in Kfs-rich regions of Earth cause long-term global warming that, in turn, is associated with mass extinctions. So, it appears that the mineralogy of the impact site matters more than the size of the impactor.

“When we put together the data, life carried on as normal during the fourth-largest impact [in the study] with a crater diameter of [about] 48 kilometers [30 miles], whereas an impact half the size was associated with a mass extinction only 5 million years ago,” said study co-author Chris Stevenson of the University of Liverpool in the UK, in a press release.

This work “demonstrates that it is not the size of the impact, but the Kfs content of the ejecta blanket that correlates between meteorite impacts and mass extinction events,” the paper states. The next step, of course, is determining how exactly extinctions occur during these warming episodes and how long the effects truly last.

The paper ends on a profound — and perhaps ominous — note: “The available evidence suggests that, until modern times, only meteorite impacts could change the atmospheric mineralogy with such (geological) suddenness and persistence,” it reads. But now, things are different. Modern humans have the ability to drive climate change — and mass extinctions — through changes we make in our atmosphere in a way previously only achievable through giant impacts. And that puts some onus on modern society to consider the power we hold over our planet.