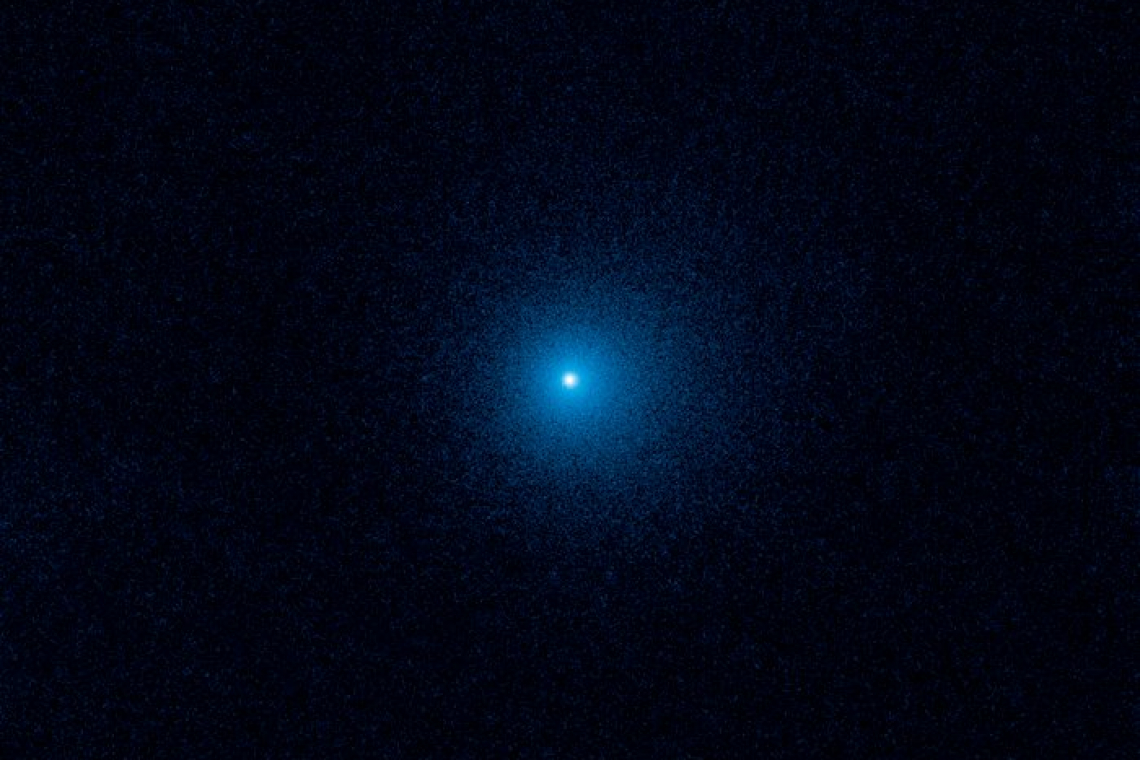 A massive comet believed to be 11 miles wide in diameter will make its closest approach to Earth this month and will be visible to many throughout the summer.

Comet C/2017 K2 (PANSTARRS), or K2 for short, was first spotted in 2017 by astronomers — who said it was the farthest active comet they had ever seen at a whopping 1.5 billion miles away, according to NASA. Now, the comet has entered our inner solar system and its closest approach to Earth will be on July 14. The comet was first spotted by astronomers using the Pan-STARRS survey instrument in Hawaii. It was between the orbits of Saturn and Uranus when they first saw it, NASA said.

The Hubble Space Telescope took an image of the comet looking like a fuzzy snowball while it was still in the outer solar system. It appeared to have a large nucleus, which is the solid, central part of a comet.

The initial observations from the Canada–France–Hawaii Telescope (CFH) suggested K2 had a nucleus with a diameter of about 18 to 100 miles, but observations with the Hubble Space Telescope indicated the nucleus to be smaller at less than 12 miles across, according to NASA.

For comparison, Mount Everest’s peak stands at 29,029 feet or nearly 5.5 miles. This comet’s estimated diameter is more than double that distance.

Comet K2 first became visible in small telescopes from the Northern Hemisphere in May, according to EarthSky — which added that it will remain in telescope view through September. After mid-September, it will be best viewed in the Southern Hemisphere.

On July 14, 2022, skywatchers will be able to watch the comet's passage online via the Virtual Telescope Project's live webcast, beginning at 6:15 p.m. ET.