Anomalous Hole Opens in the Earth's Atmosphere Above the North Pole

Radio  and GPS signals behave strangely as they travel through this part of the sky. Over the past 20 years scientists have noticed something unusual happening when spacecraft passes through this region, they all slow down.

Traveling 250 miles above the Earth, spacecraft feel a drag, similar to hitting a speed bump. The reason for the slow down has to do with the air situated within the polar cusp, which is much denser than air in other regions in which the spacecrafts orbit around the Earth.

No one seems to know why or how this is happening, but scientists are now investigating the mysterious area above the North Pole.  Early in the morning of Dec 1 after nearly a 2 year delay, a vapor tracer, called the CREX 2 was successfully launched from the Andoya Space Center in Norway. The spacecraft's mission is to learn more about the dynamics within the cusp.

Its known that the density of the Earth's atmosphere decreases rapidly with height, but remains consistent horizontally, so that at any given altitude, the atmosphere is nearly the same density around the planet, with the exception of the polar cusp. 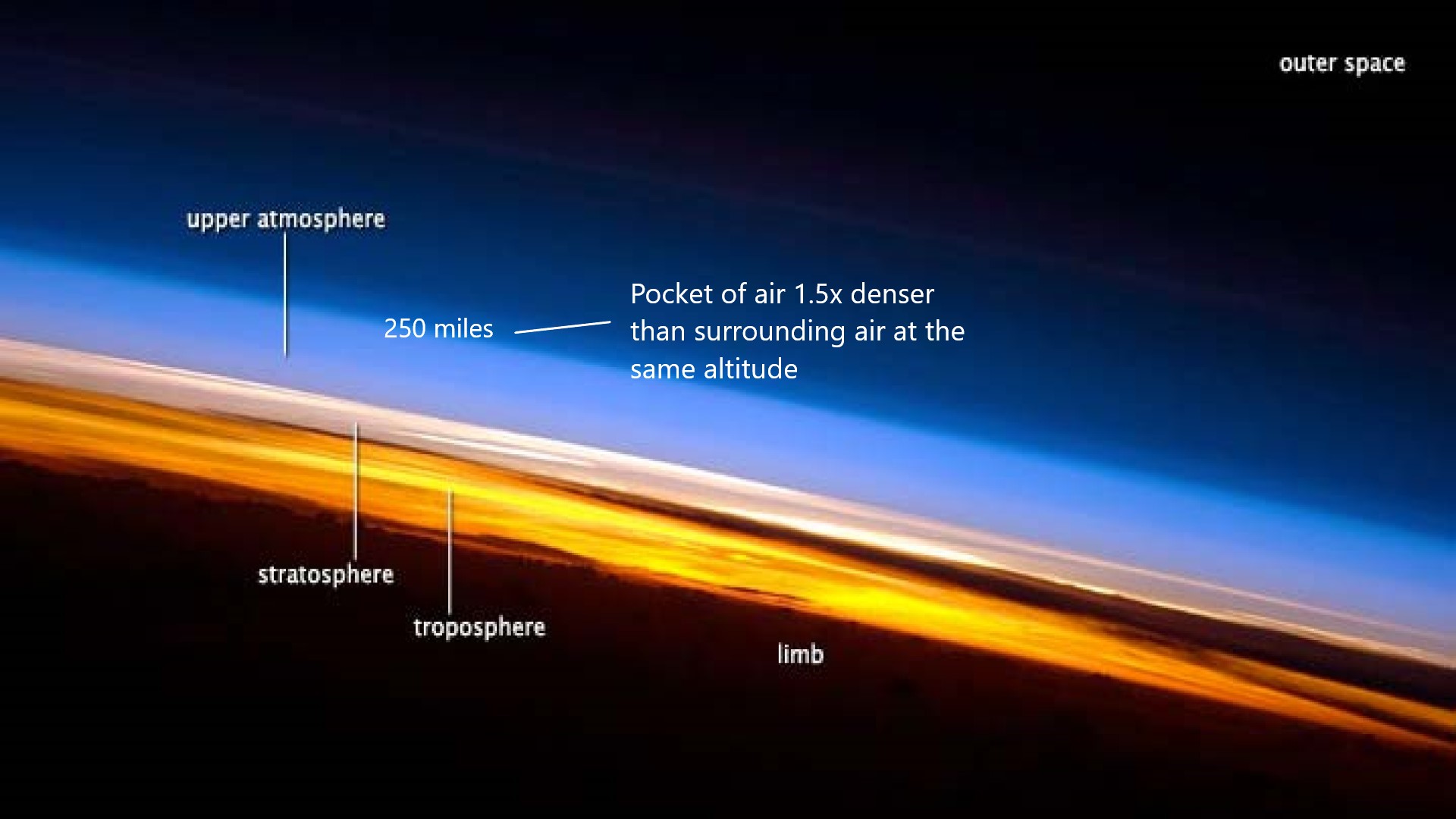 Located in the upper atmosphere at an altitude of 250 miles , is a pocket of air that is one and a half times denser that other air at the same altitude.  What is happening in this region is absolutely incredible because it is impossible to increase the mass of an atmospheric region by a factor of 1.5 times, without the sky actually falling.  Therefore, something that cannot be seen that so far remains a mystery is supporting or maintaining that extra mass, which is what the CREX 2 mission aims to figure out.