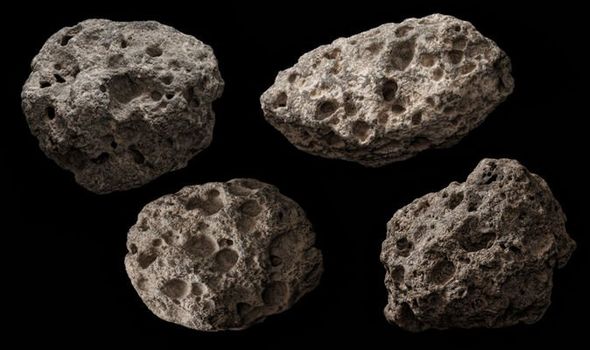 NASA has classified the asteroids as “near-Earth objects” (NEOs) and is keeping them under constant supervision.

The series of asteroids

The first of Saturday’s asteroids is called 2020 GM1.

It will pass Earth at around 8:15 A.M. UTC at a distance of 2.3 million miles – around nine times the distance between Earth and the Moon.

That may sound far, but it’s relatively close in space terms: NASA considers anything passing within 120 million miles of Earth a NEO.

The first of tomorrow’s asteroids is also the fastest, clocking speeds of 57,000 miles per hour.

Astronomers are currently tracking nearly 2,000 asteroids, comets and other objects that threaten our pale blue dot – and new ones are found every day.

Earth hasn’t seen an asteroid of apocalyptic scale since the space rock that wiped out the dinosaurs 66 million years ago.

However, smaller objects capable of flattening an entire city crash into Earth every so often.

One a few hundred feet across devastated 800 square miles of forest near Tunguska in Siberia on June 30, 1908.

Another one may have created a giant crater in Nigeria end of March 2020.

Luckily, NASA doesn’t believe any of the NEOs it keeps an eye on are on a collision course with our planet.

Even if they were to hit our planet, the vast majority of asteroids would not wipe out life as we know it. Global catastrophes are only triggered when objects larger than 3,000 feet smash into Earth, according to NASA.