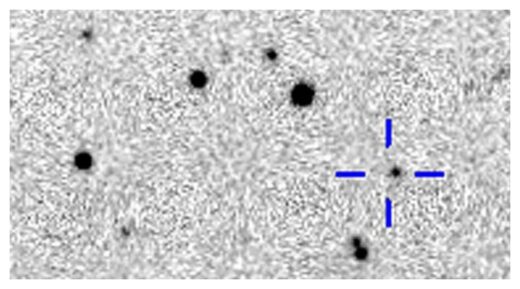 We have not yet found all the large, potentially hazardous near-Earth objects, as highlighted by the recent discovery of a kilometer-size asteroid.

Amateur astronomer Leonardo Amaral was scanning the skies on the night of August 27th, imaging a region in the constellation Indus, when he picked up a cosmic interloper: the asteroid 2020 QU6.

Amaral used the 0.3-meter reflector at the Campo dos Amarais observatory near Sau Paulo, Brazil. The observatory had received a recent upgrade thanks to a Planetary Society grant.

Turns out, 2020 QU6 is about a kilometer across — a surprising find given that most such large objects have been found and cataloged. The asteroid orbits the Sun once every 3.26 years on an orbit inclined 23.5° relative to the ecliptic plane. It poses no current threat to Earth, having passed within 40 million kilometers (24 million miles, more than 100 times the Earth-Moon distance) on September 10th. That's the closest the asteroid will come to Earth in the 21st century. 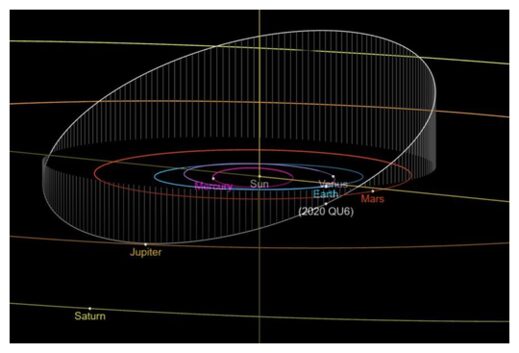 The discovery was made possible thanks to an $8,500 grant from the Planetary Society's Shoemaker NEO Grant program, which encourages advanced amateurs to hunt for new asteroids, as well as to track known asteroids and refine their future paths.

The grant enabled Amaral and the Campo dos Amarais observatory to upgrade to a more stable telescope mount, allowing for more precise tracking over longer periods of time. Amaral's Southern Hemisphere vantage point also gave him an edge, as the southern sky is only sparsely covered by automated surveys. 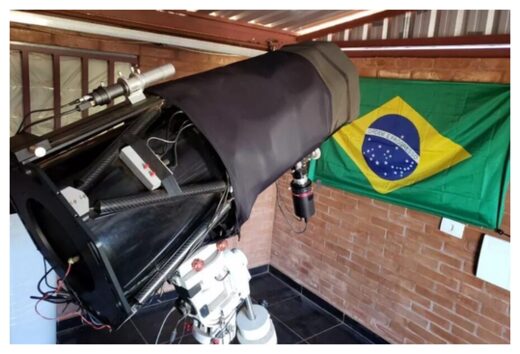 NEAR-EARTH OBJECTS IN THE NEWS

Near-Earth asteroids have been in the news a lot recently: On August 15th, asteroid 2020 QG passed just 2,950 km from Earth's surface, the closest a passing asteroid has come. Another asteroid, 2011 ES4 passed 1.48 million km from Earth on September 2nd and was recovered by astronomer Gianluca Masi on September 6th.

Finally, the 2-meter asteroid 2018 VP1 caused a brief stir when it was shown to have a small chance of hitting Earth right before the U.S. Election Day. As is generally the case with new asteroid discoveries, additional observations pinned down its orbit, showing that 2018 VP1 will more likely miss us by some 400,000 km on November 2nd.

Watch: Bizarre X Shaped Intruder Lurking Near the Asteroid Belt, 'Unlike Anything Seen Before'

Detecting hazardous space rocks in the inner solar system is of paramount importance, should we ever have to move one out of the way. In 1998, U.S. Congress asked NASA to identify 90% of near-Earth asteroids that are 1 kilometer in size and larger. NASA has met that goal, though Amaral's observations shows that there are still discoveries to be made.

Collision with a kilometer-size asteroid would have disastrous effects for the globe, but even smaller ones can cause regional damage. For that reason, Congress expanded the criterion in 2005, asking that NASA find near-Earth objects 140 meters and larger by 2020. We're well behind that goal, with only an estimated 40% of the population discovered to date.

One NASA effort, the Near Earth Object Surveillance Mission (NEOSM, formerly NEOCam) could meet that goal in a decade. If funded, NEOSM would launch in the 2025 time-frame. NASA currently spends $160 million a year on planetary defense, less than 1% of its total annual budget. 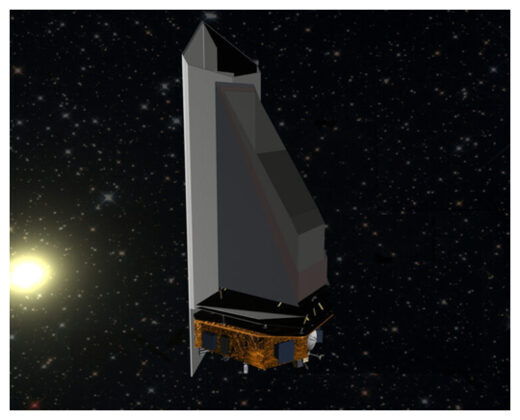 "This discovery reminds us that even though we've found most large NEOs, we haven't found all of them," says Casey Dreier (Planetary Society) in a recent press release. "We must continue to support ground-based astronomers and invest in new space-based capabilities like NEOSM in order to protect Earth now and in the future."

The discovery shows that large, undiscovered space rocks are still out there — and that amateur observers can still make meaningful contributions to find them.