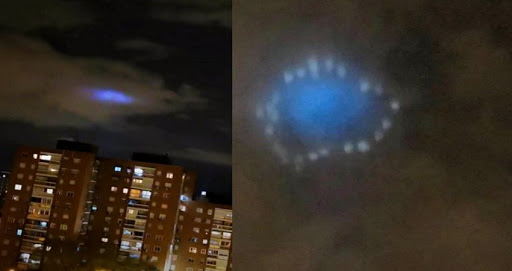 Skywatchers have started reporting mysterious blue and purple lights in different places across the world in the last few weeks.

Observed among others in Australia, Spain, and the United States, these glowing lights have no clear origin since everybody is in lockdown. 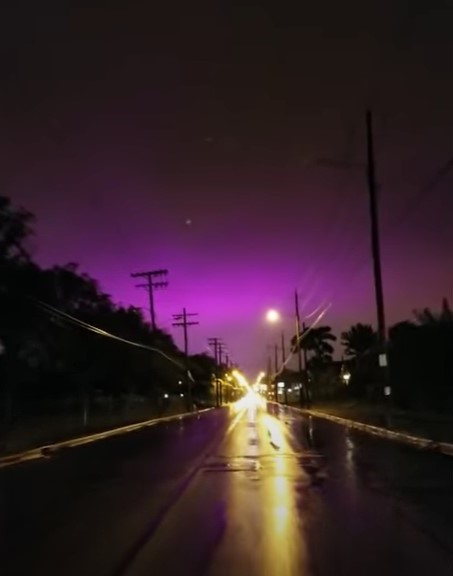 Usually bright lights are produced by lasers or giant light spots near nightclubs.

This is however impossible right now due to the confinement of more than 50% of the population worldwide.

The video was quickly shared online with netizens saying they saw the same eerie blue spot in the sky in other US states, Spain, Britain, and Australia.

A netizen from the Netherlands posted a photo of the sighting and wrote in the caption: “In the context of weird we also have this, blue lights in the sky.”

Users argued over the origin of these enigmatic lights, some claimed that they appeared naturally as a result of the piezoelectric effect.

One user wrote: “If large slabs of Quartz crystal in the earth crust compress at a specific angle it causes a large electric field to generate a local equivalent of an aurora in the sky above.”

Others contended that the government or Elon Musk’s company SpaceX were testing new technology.

Still others thought that these mysterious lights were evidence of extraterrestrial life and a sign of impending catastrophy.

“The world or our reality is shifting. I can just feel it. I think there’s some sort of hidden battle going on and it’s being noticed by many now. Locusts in Africa like never before. A plague. Lights in the sky. Sky quakes. Many UFO sightings. An asteroid coming close. Lots of people reporting awakenings and a shift in energy“, wrote one user.

A link to mysterious purple lights in US and across the world?

Purple skies have been reported over Florida and Ohio during Hurricane Michael, as well as over Santiago de Chile and California.

Moreover, in 2018, sightings of weird purple lights have increasingly puzzled skywatchers in the night sky over the U.S., for example in on October 13, 2018 near Cuyahoga River in Ohio:

Or in Cleveland, Ohio on the same day:

Mysterious, rare and stunning sights in the sky appear to be increasing everywhere

The skies above Japan turned an ominous shade of purple just hours before Typhoon Hagibis smashed into the bay of Tokyo:

What is happening in our atmosphere?