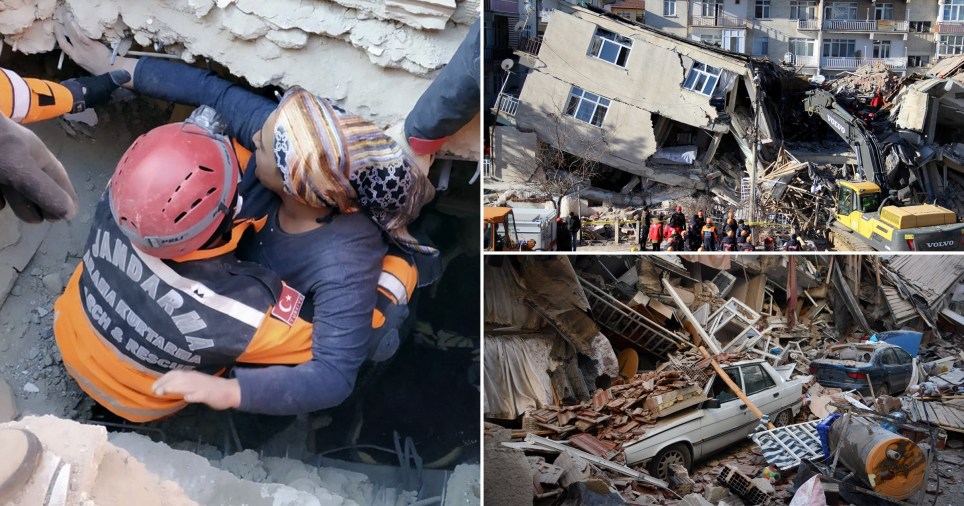 At least 22 people have been killed after an earthquake with a magnitude of 6.8 struck eastern Turkey.

More than 1,200 people are injured - including 34 who are in intensive care but not critical, Health Minster Fahrettin Koca said.

It is estimated that more than 20 people are trapped under debris, while more than 40 have been rescued so far. 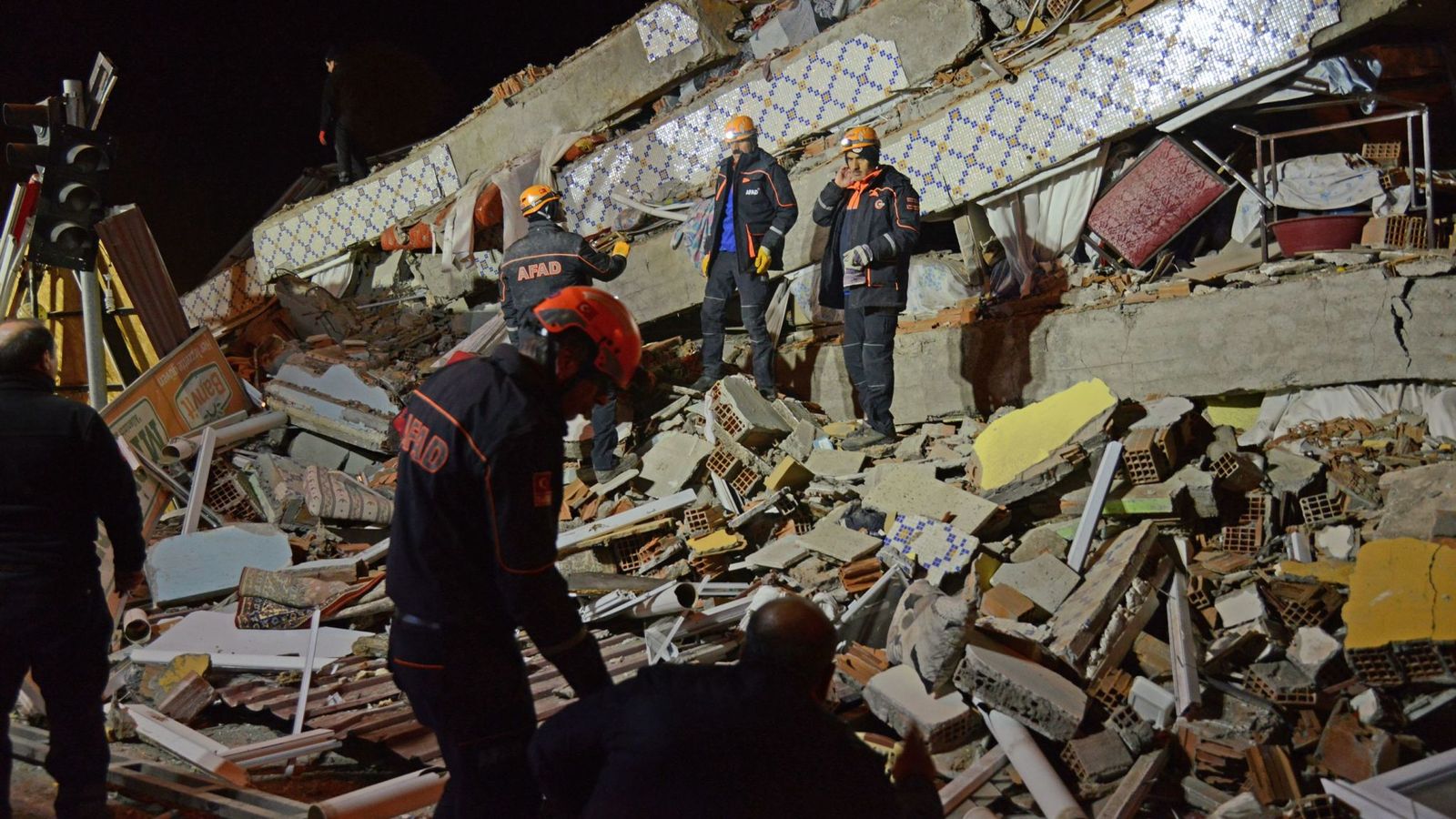 The quake jolted Elazig province, which is around 340 miles (550km) east of the capital Ankara, and was followed by dozens of aftershocks.

Eighteen people were killed in Elazig and four more in the neighbouring province of Malatya. Rescue efforts are continuing at three sites in Elazig.

Hundreds of residents were left homeless or with damaged homes as buildings collapsed in affected towns near the centre of the tremor, which was felt in several neighbouring countries.
Interior Minister Suleyman Soylu described the earthquake as a "level 3" incident, according to Turkey's emergency response plan - meaning that it called for a national response but did not require international help.
About 30 buildings collapsed from the quake in the two provinces, according to Environment Minister Murat Kurum.

State broadcaster TRT showed footage of police and emergency workers searching a partly collapsed building in Elazig, as well as smashed windows and balconies that had crashed to the ground.

Rescue teams could also be seen working by hand to remove bricks and plaster from the ruins.

Elazig residents whose homes were damaged were being moved to student dormitories or sports centres amid freezing conditions.

Mr Soylu added that the country, which is prone to earthquakes, had learnt lessons from past disasters which helped it address Friday's quake.

Drones were deployed in search operations and communication between provinces.

Turkish President Recep Tayyip Erdogan said in a tweet that all measures were being taken to "ensure that the earthquake that occurred in Elazig and was felt in many areas is overcome with the least amount of loss". 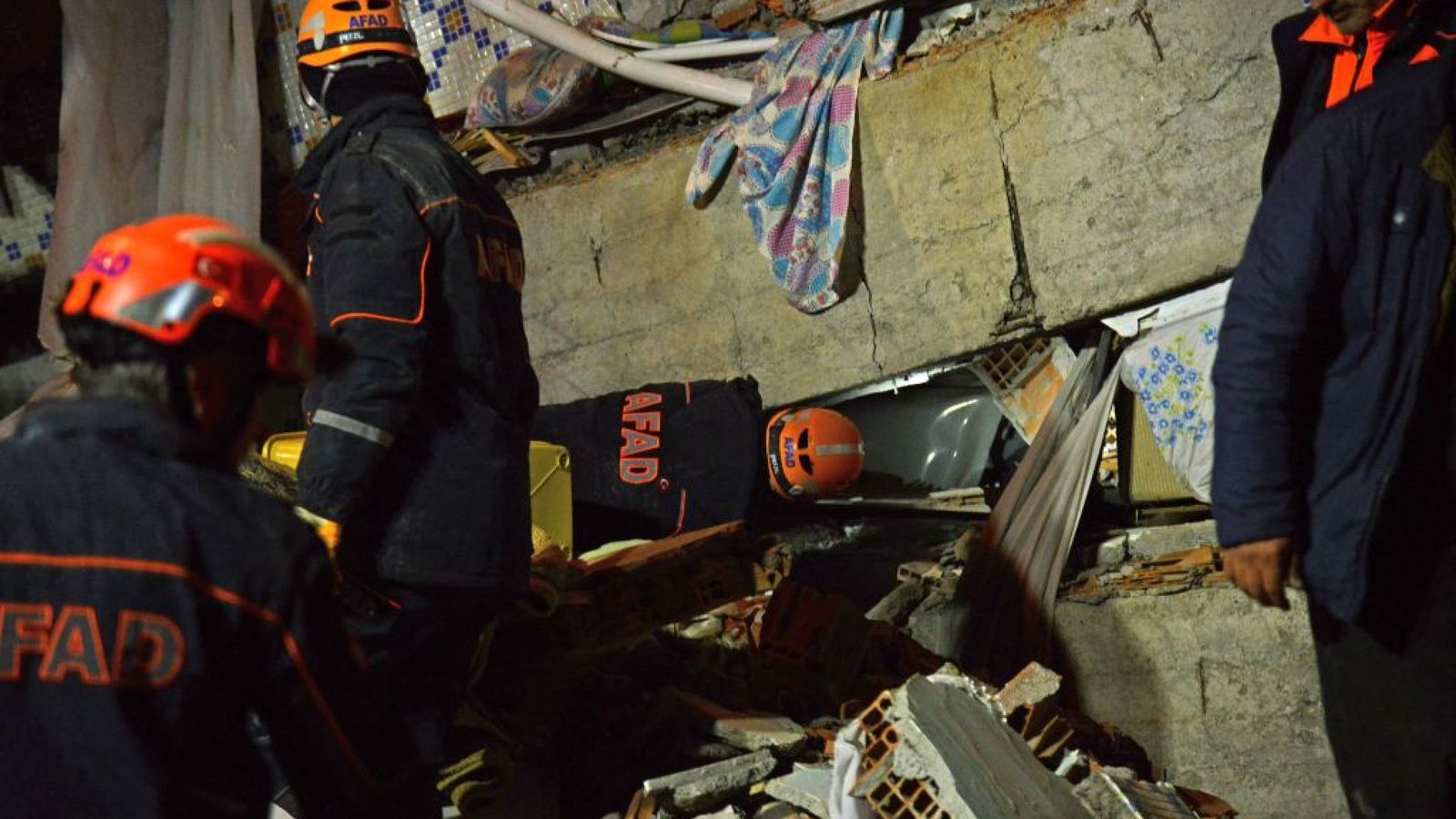 The quake struck at 8.55pm local time (5.55pm in the UK) at a depth of four miles (6.7km), near the town of Sivrice in Elazig, the Disaster and Emergency Management Presidency (AFAD) said.

It was followed by 401 aftershocks, 14 of which had magnitudes of over 4, AFAD added.

Residents were warned not to return to damaged buildings.

AFAD said beds, blankets and tents were being sent to the area, where the overnight temperature dipped to minus 8C (17.6F).

Syria and Iran both reported feeling the earthquake, according to the countries' state media.