US coronavirus fight enters crucial weeks as the number of cases tops 331,000 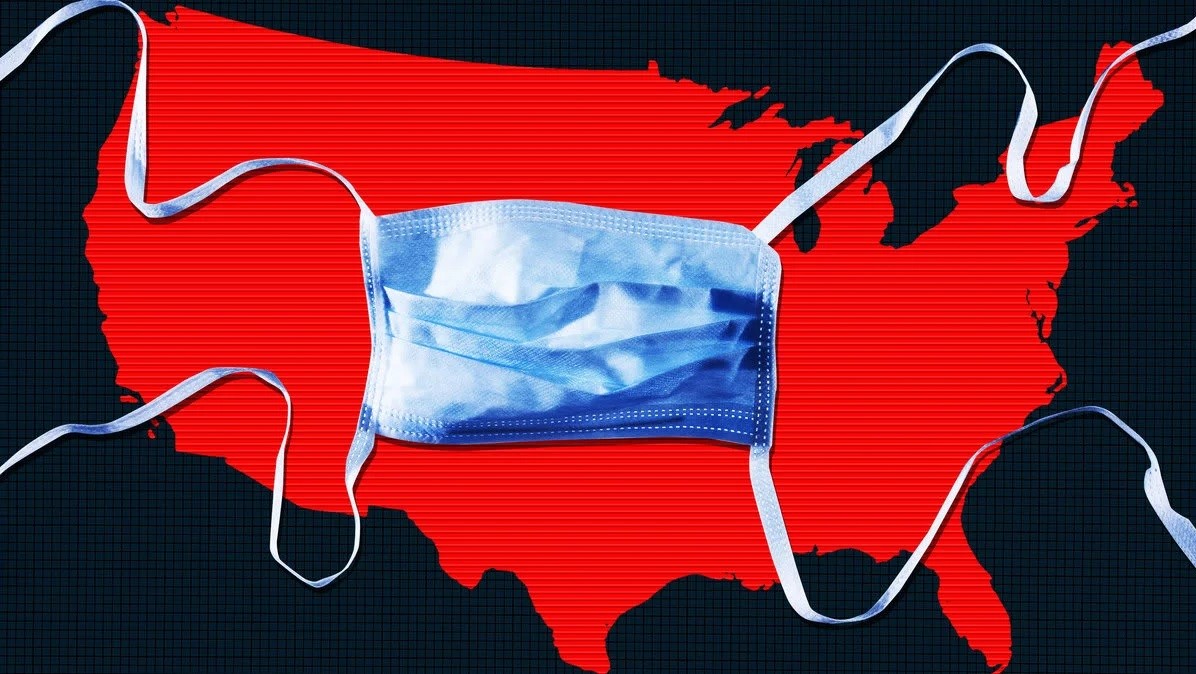 The next two weeks will be crucial in the United States' fight against the coronavirus, warn health officials, who are urging Americans to continue practicing social-distancing measures.

"This is the moment to not be going to the grocery store, not going to the pharmacy, but doing everything you can to keep your family and your friends safe," Dr. Deborah Birx, the White House coronavirus response coordinator, said Saturday. She added, "and that means everybody doing the six-feet distancing, washing your hands."

On Sunday, the number of cases nationwide climbed to at least 331,151, with at least 9,441 dead, according to data compiled by Johns Hopkins University. Of those deaths, 1,344 were reported Saturday -- the most fatalities recorded in the US in a single day. 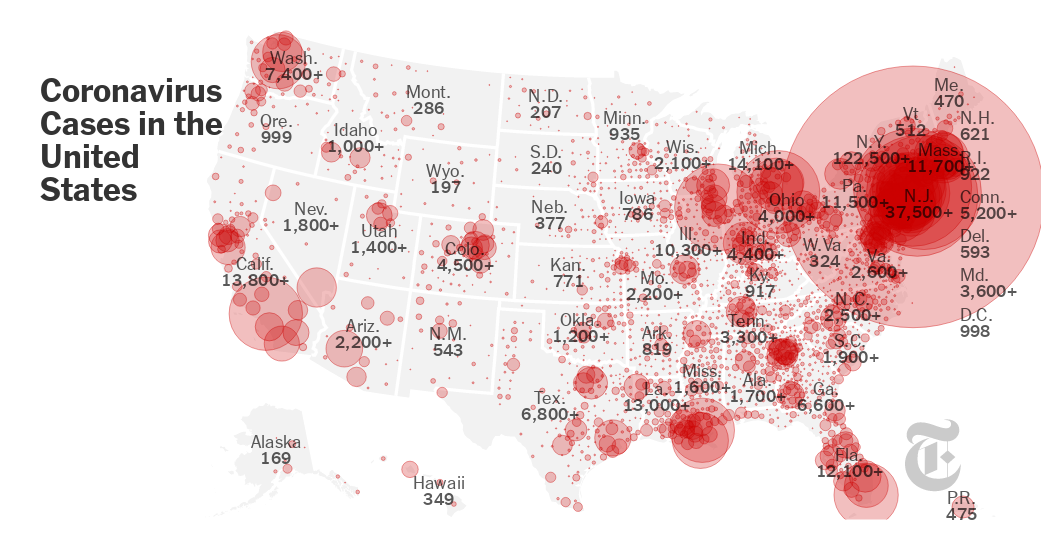 Vice Admiral Jerome Adams, the US surgeon general, likened the coming week to a Pearl Harbor or 9/11 moment, saying on "Fox News Sunday" it would be the "hardest and the saddest week in most Americans' lives."

Meantime, appearing Sunday on CBS's "Face the Nation," Dr. Anthony Fauci of the National Institute for Allergy and Infectious Diseases conceded it "would be a false statement" to say the US has the pandemic under control.
"We are struggling to get it under control," Fauci said.
Fauci continued to stress the importance of social distancing measures. On Saturday he pointed to Washington state, where such measures appear to be paying off.
Still, modeling cited by White House officials project that, even with stringent mitigation efforts, between 100,000 and 240,000 Americans will die from coronavirus. And President Trump has refrained from a nationwide stay-at-home order, preferring to leave it to states to decide.

A battle to stop the spread

New York Gov. Andrew Cuomo offered a bit of good news in a news conference in Albany on Sunday, saying the number of deaths in his state has been dropping over the past few days for the first time.
The significance of that, he said, is "too early to tell." The number of new hospitalizations is also down, while the hospital discharge rate is up, Cuomo said.
Based on the data, Cuomo said the state is either near the apex of its curve "or the apex could be a plateau and we could be on that plateau right now."
"We won't know until we see the next few days," he said.
With 122,031 cases and at least 4,159 deaths, Cuomo warned that hospital systems are running on just a few days' supply of medical equipment.
Other states are coming to New York's aid, offering what supplies they can afford to give.
New York state will receive 140 ventilators from Oregon, Cuomo said Saturday in a news conference, adding the gesture was both "kind" and "smart." China is donating another 1,000 ventilators, Cuomo said.
"Help New York today," Cuomo said Sunday. "And then nationally, we shift the resources to the next place that is most impacted."
Additional help is on the way from Washington state, which was the initial epicenter of the outbreak in the United States.
Because of mitigation efforts and the cooperation of residents, the state has seen fewer infections than it anticipated, Dr. Raquel Bono, director of the state's Covid-19 Health System Response Management, said in an news release.
Health workers walk with a patient outside of Mount Sinai Hospital, which has seen a surge of coronavirus patients.
As a result, Washington state will return more than 400 ventilators it received from the national stockpile to help other communities in need, Gov. Jay Inslee said.
"These ventilators are going to New York and other states hardest hit by this virus," Inslee said. "I've said many times over the last few weeks, we are in this together. This should guide all of our actions at an individual and state level in the coming days and weeks."
Washingtonians should still stay home, wash their hands and practice social distancing, the news release added.
"People have been so beautiful to us," Gov. Cuomo said. "And it is the New York way -- we're going to codify everything we've learned, and we get past this curve, whatever part of the country goes next, we will be there with equipment and personnel and however we can help."

States say the impact is not even halfway through

Several states have reported big jumps in cases, including Pennsylvania, which saw an increase of 1,494 cases, the governor's office said Sunday, bringing the statewide total to 11,510.
New Jersey reported another 3,482 cases on Sunday for a total of 37,505. At least 917 have died, New Jersey Gov. Phil Murphy's office said.
The day prior, Murphy said the state had lost nearly 100 more of its residents to coronavirus than it did in 9/11.
"This pandemic is writing one of the greatest tragedies in our state's history," Murphy said.
After "multiple" conversations with the White House, Murphy on Sunday said the state had secured an additional 500 ventilators. He called them the state's No. 1 need.
Members of the international Christian humanitarian organization Samaritans' Purse gather at a field hospital in New York's Central Park.
Louisiana reported a 21% increase in cases on Saturday, bringing the total to 12,500 cases, according to the state health department.
"We are still very much in this," Dr. Joseph Kanter, assistant state health officer for the department, said in a news conference. "In fact we haven't even hit halfway."
New Orleans' coroner's office and mortuaries have reached their limit, said Mayor LaToya Cantrell, and she's asked the federal government for additional refrigeration. oOfficials are responding to the influx by converting a convention center into an emergency hospital.
Louisiana Gov. John Bel Edwards said Sunday his state could run out of ventilators by the end of the week if cases continue to surge.
"We now think it's probably around the 9th of April before we exceed our ventilator capacity based on the current number on hand, and ... we're a couple of days behind that on ICU bed capacity being exceeded," he told CNN's Jake Tapper on "State of the Union."
A doctor from SOMOS Community Care prepares to test a patient at a drive-thru testing center for coronavirus.
Still other states continue to struggle with inaccessible testing.
California has been working to increase the number of its residents that have been tested, which stands now at more than 126,000, Gov. Gavin Newsom said.
"That testing number may sound high to some. It is low to many others and certainly to me," Newsom said in a news conference on Saturday.
The state formed a new task force led by leaders of the public and private sector to handle coronavirus testing as well as a partnership between University of California Davis and University of California San Diego to create at least five to seven testing hubs to increase capacity.
Illinois Gov. J.B. Pritzker said Friday his state doesn't even have enough tests to get a clear idea of the scale of the outbreak.
"Everything about the tests are very difficult to come by, and there's no federal plan for this, so every state is on their own," Pritzker said. "As I've said, it's the Wild West out here."

Homemade face masks, coronavirus and the CDC: Here's everything you need to know

Homemade face masks and face coverings, from hand-sewn cloth to bandanas and rubber bands, are now urged for public use. But they may not be effective at preventing coronavirus. More Info

LATEST UPDATES ON THE COVID-19 PANDEMIC