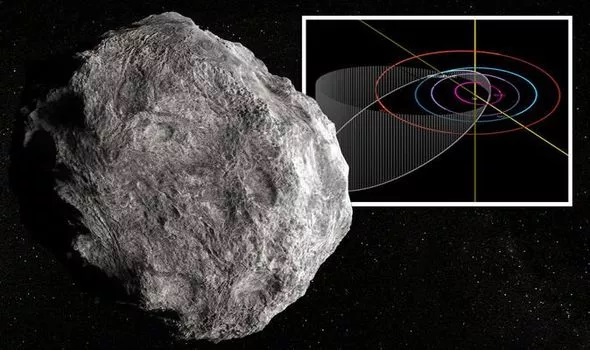 Officially called 2001 FO32, the asteroid will make its closest pass of Earth on Sunday, March 21

To put the scale into perspective, at 2,230ft the asteroid is seven times as tall as Big Ben's clocktower in London.

Stargazers in the Southern Hemisphere should be able to see FO32 through a moderately-sized telescope of at least eight inches.

Preliminary scans suggested the space rock measured about 3,000ft (914m) across, although subsequent observations scaled it down somewhat.

The asteroid is big enough to be considered "potentially hazardous" but that does not mean it is going to strike the planet.

Instead, the asteroid's size and relatively close flyby make it an object worth keeping an eye on in the future.

Asteroids are said to swing by on "close approaches" whenever they come within 0.05 au of Earth - nearly five million miles.

Paul Chodas, director of NASA's Center for Near-Earth Object Studies (CNEOS) in California, said: "We know the orbital path of 2001 FO32 around the Sun very accurately since it was discovered 20 years ago and has been tracked ever since.

"There is no chance the asteroid will get any closer to Earth than 1.25 million miles." 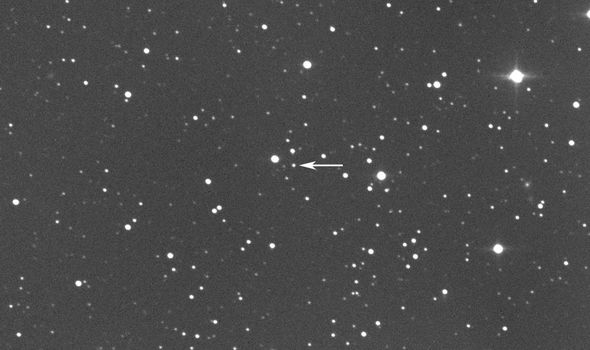 NASA's observations show the asteroid follows an elongated and steeply inclined orbit of the Sun.

The path brings the asteroid closer to the Sun than Mercury and twice as far from the Sun as Mars.

NASA compared the trajectory to a skateboarder on a halfpipe - FO32 picks up speed every time is flies towards the inner solar system and slows down on its way out.

FO32 completes a lap every 810 days or just more than two years.

The asteroid will make its next closest pass in 2052 when it will come within 1.75 million miles of Earth.