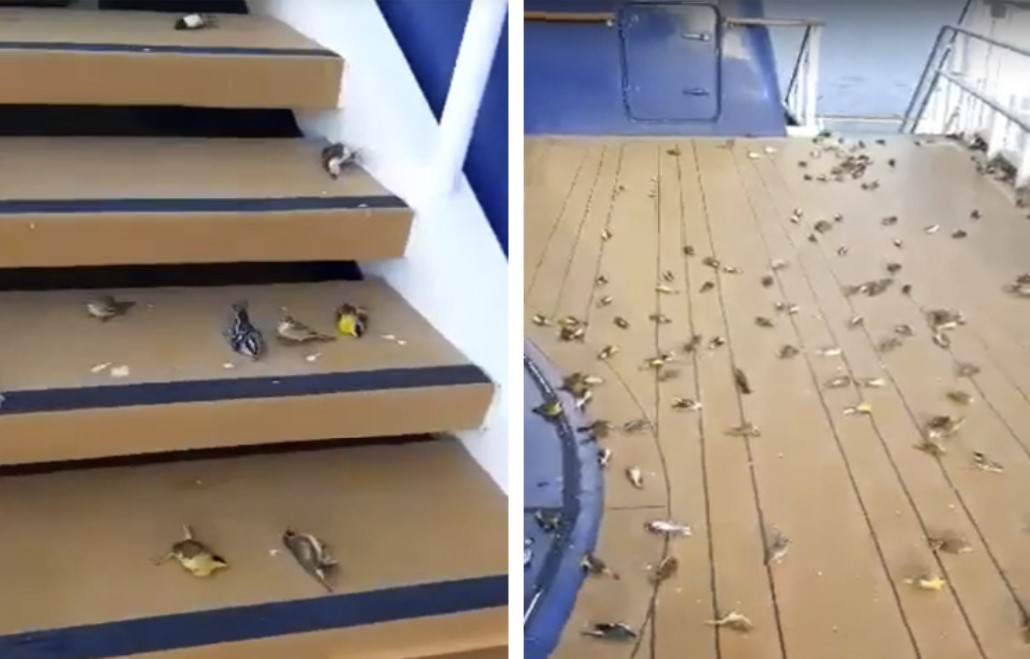 Hundreds of birds were discovered dead on a cruise ship open deck by the crew on April 24, 2020.

An anonymous witness says it appears the birds had dropped down dead from the sky.

The crew said it is the first time they witness such a phenomenon on a ship.

One crew member explains, there were many birds flying around the ship the night before: “It was a beautiful night and we couldn’t believe our eyes when we woke up this morning and see so many dead birds all around the ship’s open deck.”

Another crew member continues: “We woke up with announcements asking to not go to the open decks, to not touch the birds, and to stop feeding them.

“I thought that the poor birds were alive. I love animals and I didn’t want to see them and couldn’t help in anything. I still can’t stop crying and nobody can give any reasonable explanations.”

Meanwhile, officials have no ideas about how the birds died.

This is not the first time that bird mass die-offs are being reported around the world:

The explanation usually provided for these kind of events is poisoning, shock, wind or an aerial predator.

If this was really the case one might reasonably expect to see numerous examples and witness reports of mass fatalities like the above happening in the natural world every single day.

This is clearly not the case. Those explanations are unreliable. Something very strange is going on in our atmosphere