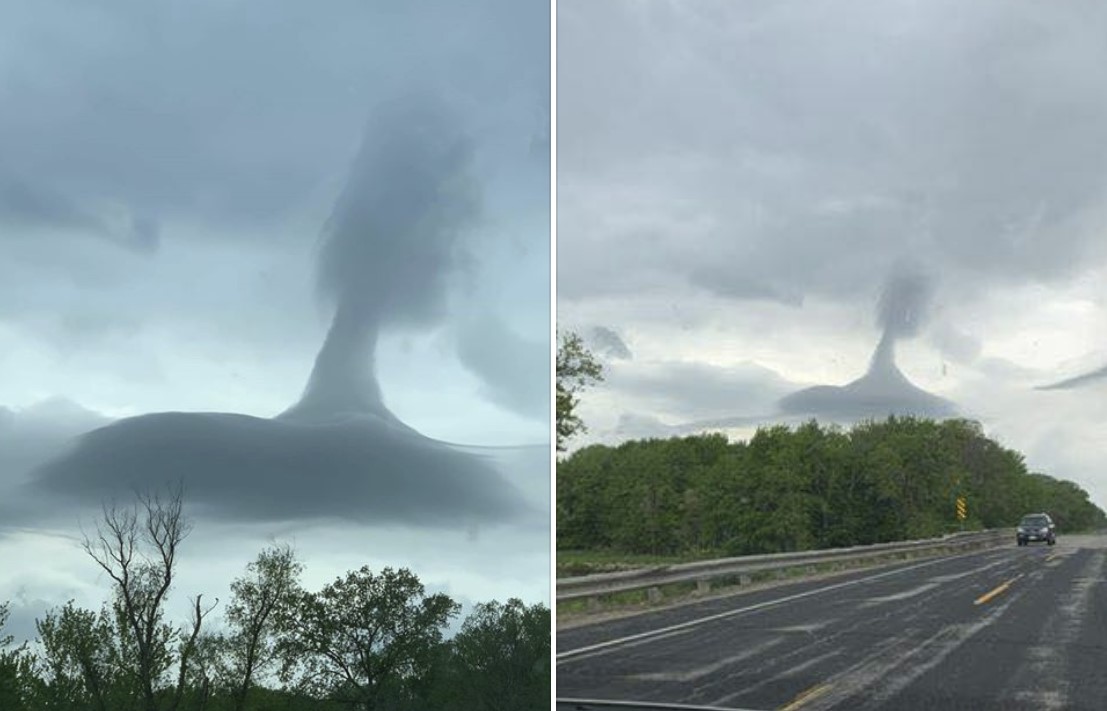 Several images of what appeared to be an upside down funnel cloud were sent in to a TV station in western Wisconsin.

Area meteorologists aren’t quite sure what caused the image but it appears to be legitimate (i.e. no photoshop evidence as multiple views of same cloud formation were received).

There had been severe storms in the area around the time, but no damage was reported with this particular cloud/storm.