The colour of water in Maharashtra’s Lonar lake, formed after a meteorite hit the Earth some 50,000 years ago, has changed to red.

And now scientists are investigating why this 78-hectare-large lake, situated in the world’s largest basaltic impact crater, has changed color overnight. 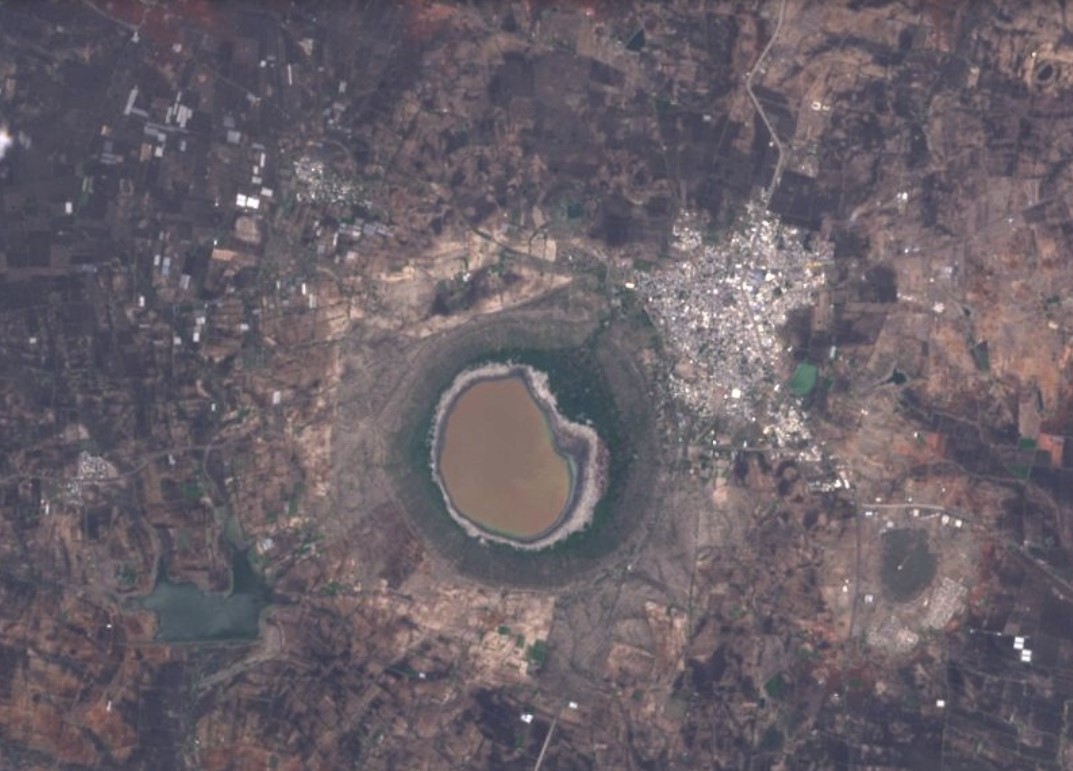 The 77.69 hectare lake area is part of the Lonar sanctuary that totals 3.66sqkm. It is famous as the world’s largest basaltic impact crater. Two other similar ones are in Dhala and Ramgarh in Madhya Pradesh and Rajasthan respectively but both are relatively unknown.

Of late, the bright pink color has not only surprised locals, but also nature enthusiasts and scientists.

#LonarLake also known as #Lonarcrater turns PINK due to high #Salinity and action of #algae but it needs to be confirmed.

52000 years old #LonarLake was created by an #Asteroid collision. pic.twitter.com/rCuMqEoWlU

Experts say this is not the first time that the crater lake’s water turned pink, but this time the color is so bright.

Officials attribute the sudden change in color to the high salinity and presence of algae in the water body:

“There are algae in the water body. The salinity and algae can be responsible for this change.”

“There is no oxygen below one meter of the lake’s water surface. There is an example of a lake in Iran, where water becomes reddish due to an increase in salinity.“

The level of water in the Lonar lake is currently low in comparison to the few past years and there is no rain to pour fresh water in it.

“The low level of water may lead to increased salinity and change in the behaviour of algae because of atmospheric changes…this may be the reason for colour change. This is not the first time that the colour of water has changed.”

“In case of a natural phenomenon, there are fungi which generally give a greenish colour to water most of the times. This (the current colour change) seems to be a biological change in the Lonar crater.”

The Lonar Impact Crater Lake lies within the only known extraterrestrial impact crater found within the great Deccan Traps, a huge basaltic formation in India.

The Smithsonian Institution, the United States Geological Survey, Geological Survey of India, the University of Sagar and the Physical Research Laboratory have conducted extensive studies of the site. A 2019 study, conducted by IIT Bombay found that the minerals, in the lake soil, are very similar to the minerals found in moon rocks brought back during the Apollo Program.