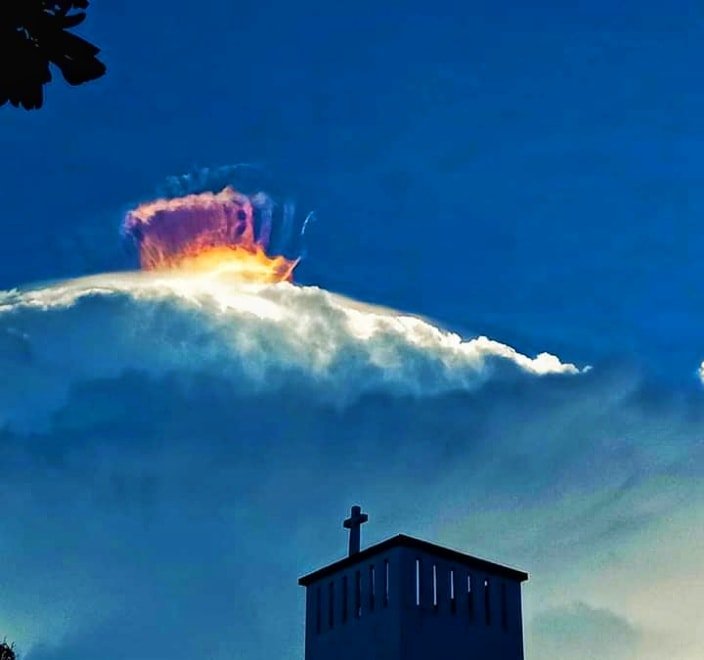 A mysterious phenomenon occurred over the top of a gigantic cloud in Mansalay, Oriental Mindoro, Philippines on April 14, 2021. 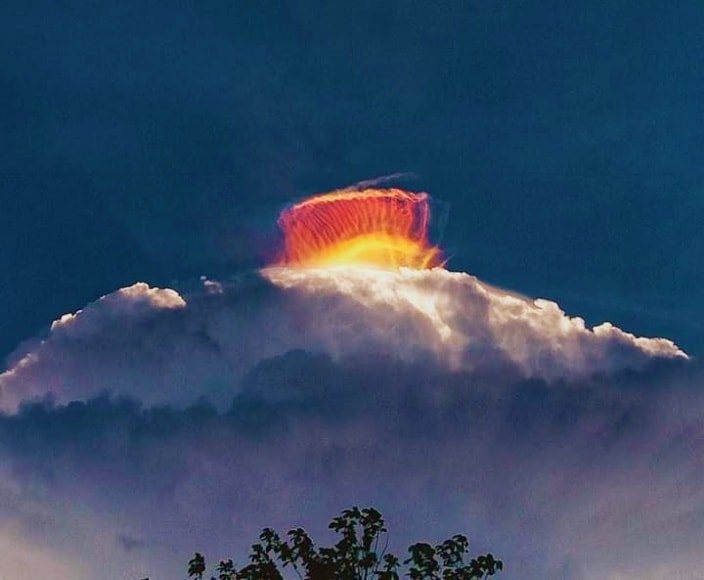 Within a few minutes, a multicolor crown suddenly appeared and grew over the top of a huge cumulonimbus. 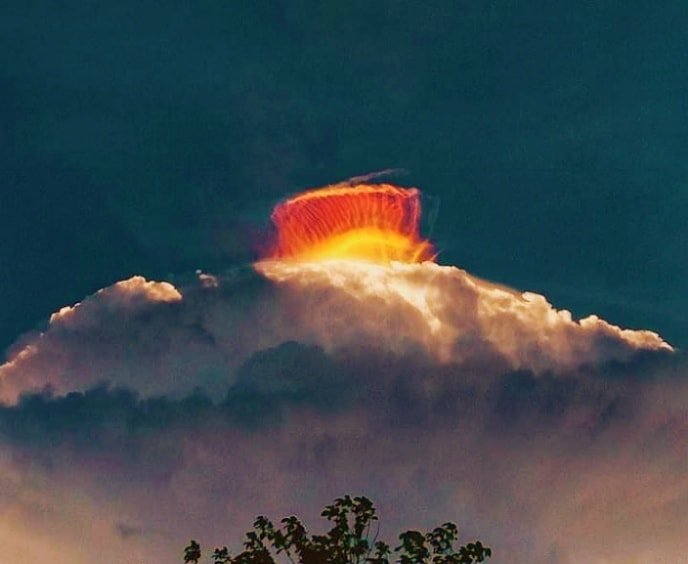 There are many theories on what caused the light formation, including aliens or UFOs… However, experts said the stunning view was caused by a rare weather phenomenon called “cloud iridescence,” when the sun’s light are being refracted by water droplets and ice crystals in the cloud… 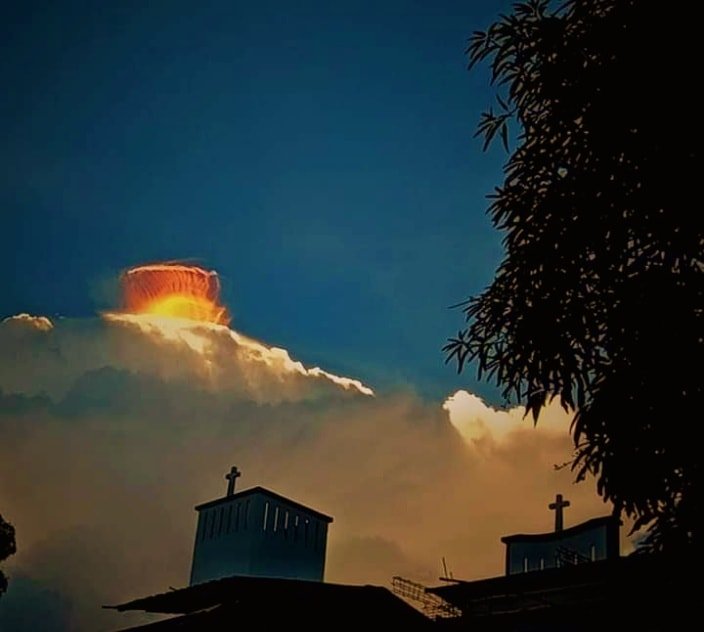